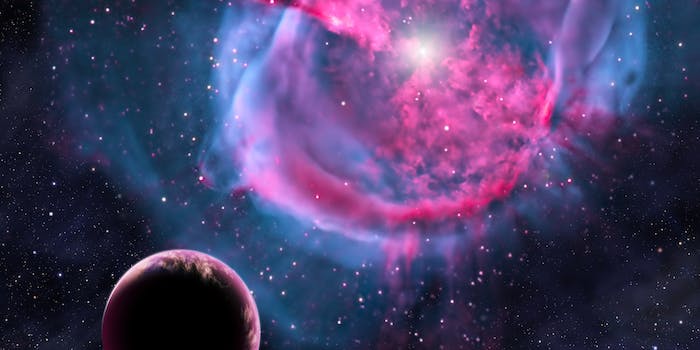 Fresh from the revamped NASA Kepler mission’s discovery of a new exoplanet in December, the little solar-steered telescope that could has done it again. And this time, according to an announcement from astronomers at the Harvard-Smithsonian Center for Astrophysics, it’s found a whopping nine new exoplanets—including two that could bear a striking resemblance to our very own Spaceship Earth.

The new discovery is an exciting moment of progress in the search for extraterrestrial life—that is, the search for potentially viable, life-sustaining planets like ours.

Among the new planets are two potentially water-based planets that might some day be found to be home to living organisms. Their names are KOI-3284.01 (Kepler-438b) and KOI-4742.01 (Kepler-442b), and they’re especially juicy finds. They’re both small enough that they resemble Earth in size. That means they could potentially be rocky enough to prevent any organisms living there from being stuck in an alien version of Waterworld.

One of the things that makes Earth such a unique planet is that it’s positioned at the perfect distance from its home star, the sun, to allow for a mostly water-based surface composition. Most planets are either too close to their home star or too far, making them either really hot and gaseous or really cold and rocky. Neither kind of planet would have the amount of water scientists that believe it would take to sustain carbon-based life forms like those on Earth.

Scientists call the range at which a planet could feasibly sustain life the “Goldilocks Zone,” meaning it’s neither too hot nor too cold, but just right. There are potentially millions of planets that exist in the Goldilocks Zone, but so far it’s been tough to find them.

With today’s additions to the list, the current total of known planets that are potentially habitable in the universe jumps to 28. 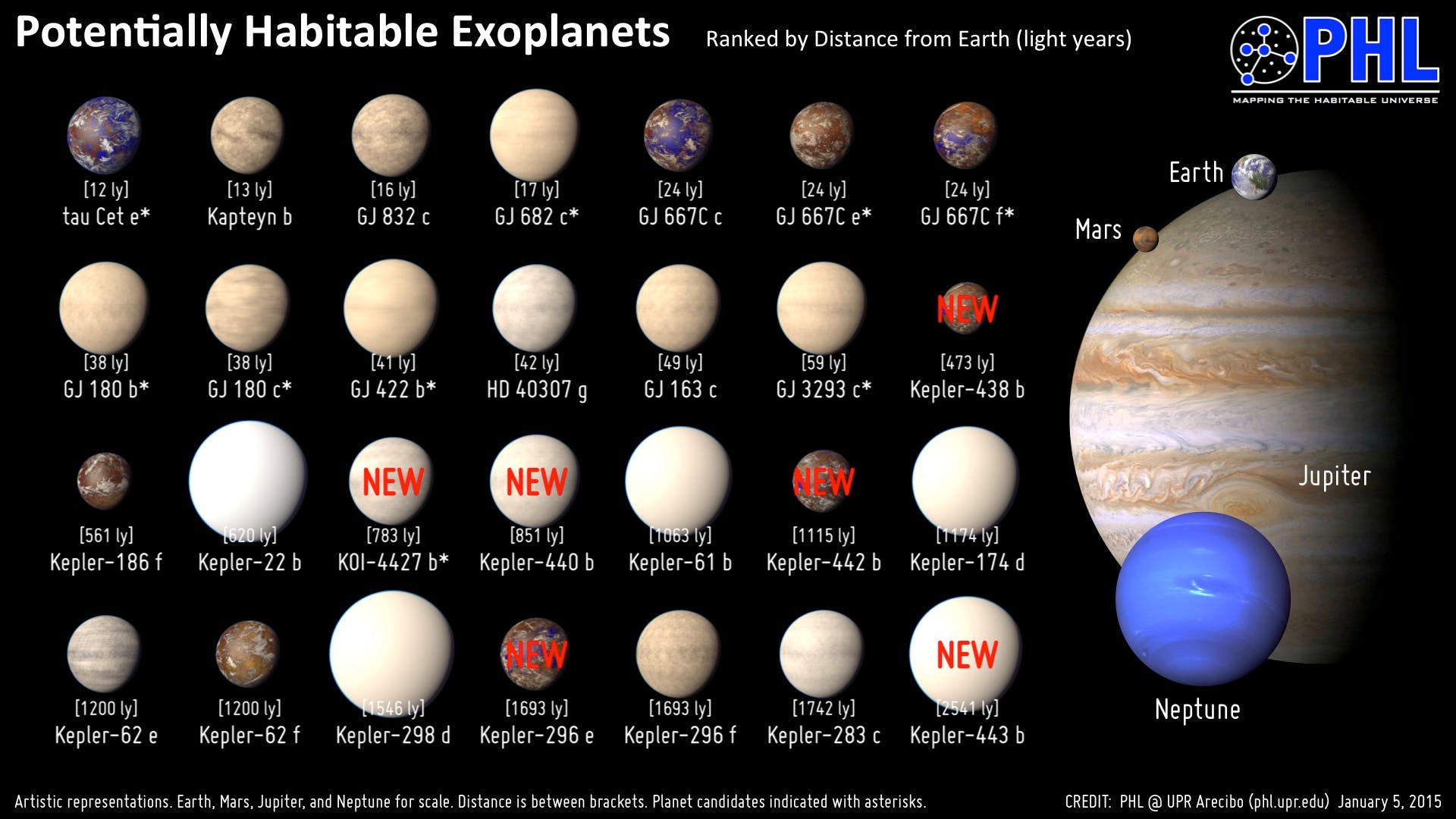 The full academic report on the number of habitable planets includes three that had been previously confirmed, as well as one body, KOI-4427.01, that hasn’t technically been classified as a planet. This is because the computer program that helped scientists determine the planetary mass and measurements was only 99.2 percent sure that KOI-4427.01 might be a planet. For all the other planets, the determination was 99.7 percent. We’re counting it as the ninth planet in our numerical roundup because we’re unwilling to give poor KOI-4427.01 the Pluto treatment over a paltry .5 percent differential.

All 12 of these planets have been confirmed as existing within the habitable zone of their star, and nine of them are known to be rocky.

But don’t start getting ready to welcome your new alien overlords just yet. The potential for habitability is just that, potential. And if life is ever found elsewhere in the universe, the chances are good that it will be microscopic.

Still, the discovery is exciting. After all, now science fiction writers have 12 more planets (including KOI-4427.01, don’t forget!) to fill with fictional alien civilizations.

Illustration by David A. Aguilar (CfA) via Harvard-Smithsonian Center for Astrophysics