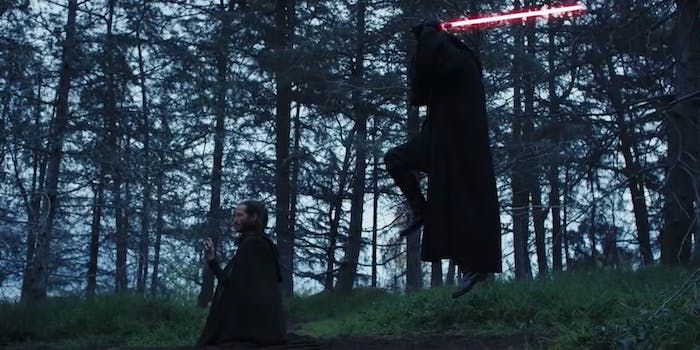 When will Keanu Reeves finally become a Jedi?

If a person could become an honorary Jedi Knight, then Reeves would surely already hold the title. Most of the internet is head-over-heels for the down-to-earth actor. We would all be delighted to see the 55-year-old join the ranks of lightsaber-wielding badasses—and one fan has made that dream a reality.

It may not be the real deal, but YouTuber stryder HD‘s fan edit of Reeves as Jedi Knight Revan has fans drooling over the concept.

After the latest Star Wars installments received mixed reviews from fans, many viewers are eager to see what Star Wars does next. Maybe they should consider going all-in on Keanu?

Reeves has experienced a massive resurgence in popularity over the past year, as people all over the web fell back in love with him. It follows, therefore, that fans of both Star Wars and Reeves would collectively swoon over the idea of Reeves donning his Jedi robes.

Stryder’s video seamlessly edits footage from Reeves’ prior projects with Star Wars scenes. They even took the time to imagine the perfect role for Reeves: Revan, the leader of the Revanchrist Jedi. This renegade faction of the Jedi Order split from the main body of Jedi in 3964 BBY. Revan successfully leads his Jedi into multiple battles during the Mandalorian Wars.

“Reeves has found a resurgence… with his John Wick movie series, but also his contemplative nature and a general sense of being a good guy,” stryder wrote in the video’s description. “He’s also complex and layered, bringing to life these characters that you couldn’t imagine anyone else embodying.”

Revan’s intriguing background and story arc are already fascinating to viewers, made all the more so with the addition of Reeves. The comment section for the video was quickly flooded by eager fans voicing their support of the casting.

“That’s dope as all hell,” one commenter wrote. “I wish this was a reality.”

Maybe stryder’s video will give Disney some ideas?