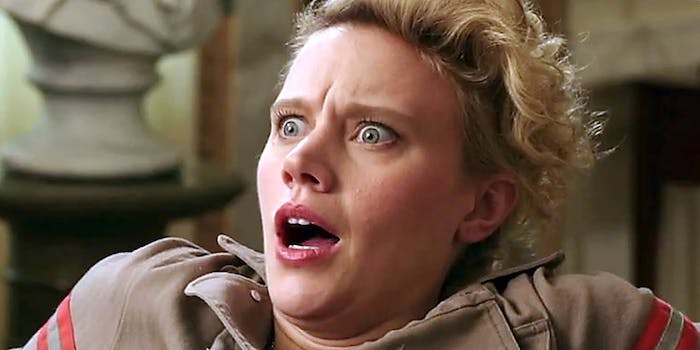 She's at the top of her game.

Kate McKinnon‘s Holtzmann was the standout performance of the new Ghostbusters, a deliciously weird character who instantly resonated with fans.

Like the original movie, the new Ghostbusters relied heavily on improvisation from its cast of SNL alumni, resulting in some hilarious outtakes. Most of the time it’s obvious why certain scenes were deleted from a movie, but when you watch this hilarious supercut of McKinnon outtakes, you’ll see that plenty of them could easily have stayed in.

The sheer volume of bizarre one-liners in this video proves that McKinnon is at the top of her game. It’s just too bad that we probably won’t see a sequel.