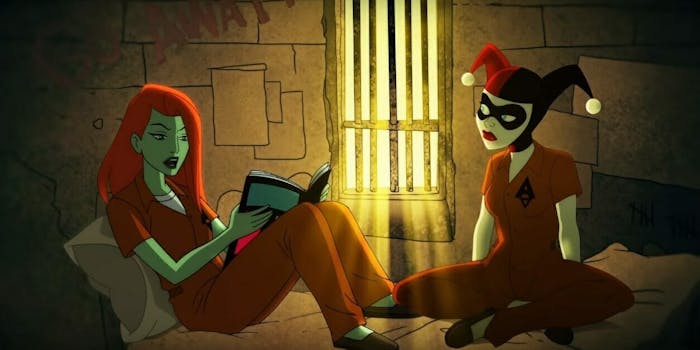 Following the mixed response to the Titans trailer (that’s right, the “F*** Batman” one), you might feel understandably wary about DC Universe shows. However, the first teaser for Harley Quinn looks like it’ll be a big hit with fans.

With a Deadpool-esque sense of genre-savvy humor (in fact, it even pokes fun at the defunct Deadpool animated series), the clip teases Harley Quinn‘s upcoming appearance at New York Comic Con. Harley is as chirpy as ever, with Poison Ivy as her deadpan sidekick.

As you can probably tell, this will be an adult-rated show. It stars Kaley Cuoco as Harley and Lake Bell as Poison Ivy, with an all-star supporting cast including Alan Tudyk and Wanda Sykes. The story begins after Harley breaks up with the Joker, partnering up with Poison Ivy to try and join the supervillain team Legion of Doom.

Harley Quinn is expected to begin early next year, airing on the DC Universe streaming service.