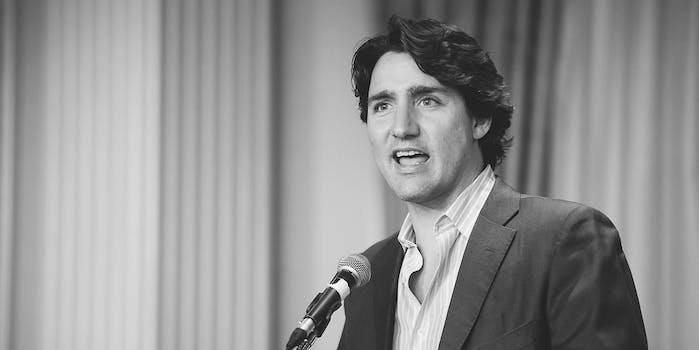 Photo via Justin In Markham-Unionville

Should we really be that excited?

Canada’s Prime Minister Justin Trudeau has charmed the Internet yet again. This time it wasn’t for his progressive stance on social issues, but rather his unexpectedly comprehensive knowledge on quantum computing.

During a press conference at the Perimeter Institute for Theoretical Physics in Waterloo, Ontario, a journalist tossed Trudeau a question about quantum computing, mentioning that he didn’t expect the Prime Minister to know much on the subject. To everyone’s glee, Trudeau demonstrated that he was actually quite knowledgeable about the complex topic, summing it up with a brief explanation of quantum physics and relating it to the average person by saying that quantum computing will allow more information to be stored in smaller devices.

To be fair, Trudeau’s explanation of quantum computing is very superficial, but certainly enough information for most laypeople to get the gist. In sum, computers typically work with a binary “on/off” or “0 and 1” system. Quantum computing is more complex, allowing circuits to be both on and off at the same time. This is an important leap in technology, according to YouTube series Kurzgesagt, because computer technology can only get so small before it becomes useless.

But should it really be so extraordinary for politicians, especially the leader of a developed nation, to be somewhat knowledgeable of cutting-edge technologies and sciences? Probably not. But at least supporting them is important—a philosophy Trudeau appears to share with President Obama.