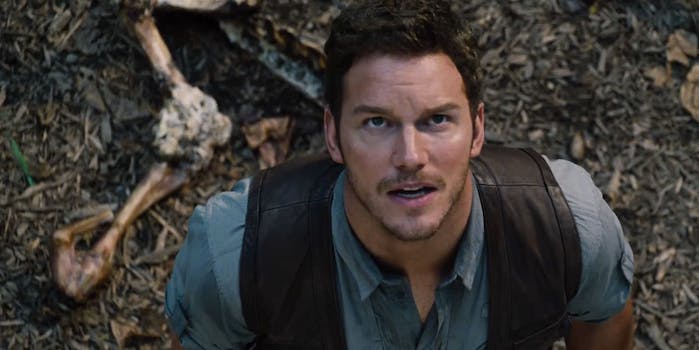 Fourteen years after a hokey second sequel, everyone’s favorite sci-fi dino-thriller franchise is set for a gleaming reboot in Jurassic World, starring Chris Pratt and Bryce Dallas Howard. What terrible lizard will menace our heroes this time? Some kind of mutant hybrid, apparently.

Yes, as Pratt’s game-warden-type character puts it in the trailer below, the geneticists of Jurassic World—a sleek and successful version of the theme park envisioned by an eccentric billionaire back in the early ’90s—“went and made a new dinosaur.” As if to validate his opinion that this is, like, totally not cool, the creature escapes and wreaks bloody havoc.

Between this and Star Wars: The Force Awakens, there’s never been a better time to lose yourself in a wormhole of geek nostalgia. But really, aren’t we due for a crossover?