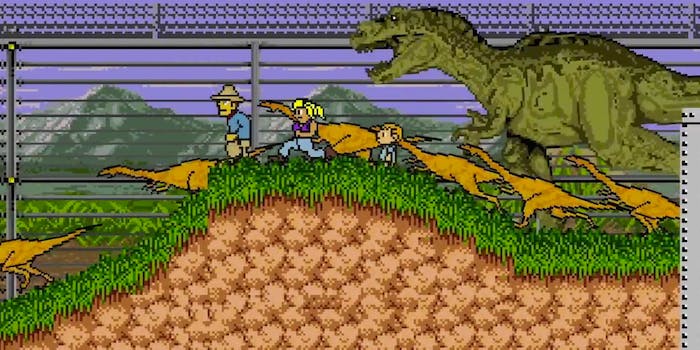 Before you see the new movie, uniquely revisit the one that started it all.

YouTube channel CineFix has released the perfect video for anyone looking forward to the premiere of Jurassic World. The latest entry in their 8 Bit Cinema series looks back at Jurassic Park and reimagines it in classic video game style.

The fake game begins by establishing that the goal is convincing visitors to endorse the park, but of course things don’t go exactly as planned. Dinosaurs get loose, chase people, eat people, eat other dinosaurs, and get punched in the face by some kids. Needless to say, by the end, that endorsement is not a done deal.

The best part, though, might be hearing the chiptune version of John Williams’ amazing theme from the movie. That alone makes us wish this were a game we could really play.