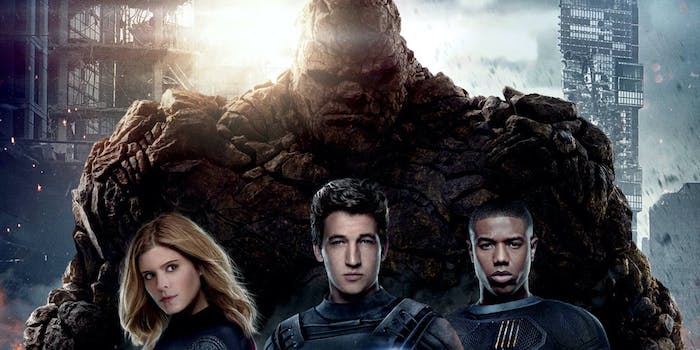 He has a lot more perspective a few years after the fact.

The 2015 Fantastic Four reboot was critically panned, tanked at the box office, and was rife with behind-the-scenes drama, but several years later, the film’s director is returning to the film with a new sense of clarity.

Over the weekend, Fantastic Four director Josh Trank posted a review of his own movie on Letterboxd, a social network centered around discussing films, which he watched after finding out that his film was on Letterboxd. While his review is definitely an instance of a director acknowledging that the finished product wasn’t great, he made a point of praising the cast, who he said all deserved to be part of the film. (For what it’s worth, Trank gave Fantastic Four two stars.)

“The movie is ALRIGHT,” he wrote. “I was expecting it to be much worse than it was. I literally haven’t seen it since like two weeks before it came out, and I was in a heavily fucking traumatized state of mind. Why? Eh, save that for another time.”

Trank describes Fantastic Four (which he stylizes as Fant4stic throughout his review) as “TWO movies in one movie competing to be that movie,” a nod to the creative clash between his vision for the movie and what the studio wanted to make. But he heads off any potential cries of a “Trank Cut” of the film.

“I was 29 years old, making my 2nd film, in a situation more complicated than anything a 2nd time filmmaker should’ve walked into,” he wrote. “That said… I don’t regret any of it. It’s a part of me.”

Trank was one of several directors in recent years who, after making a critically acclaimed indie debut, was handed the keys to a high-budget franchise with disastrous results—some of which appeared to be out of his control and caused him a lot of personal distress. But while Fantastic Four may have ultimately tanked, Trank also came out of it with a much wider perspective on things, not to mention the ability to poke fun at his own movie.