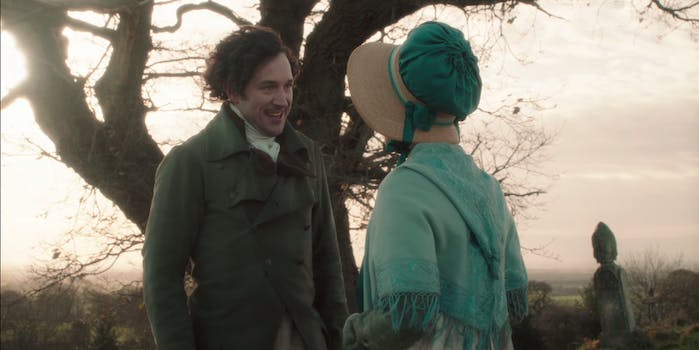 'I drink very little, scarcely more than a bottle a day.' Ladies and gentlemen, your new magical hero.

When you hear the phrase “rival magicians,” you probably imagine something like the wizarding duels from Harry Potter. Either that, or Christian Bale and Hugh Jackman in The Prestige.

The protagonists of Jonathan Strange and Mr Norrell do not get off to such a impressive start.

The last clip from the upcoming miniseries introduced Mr Norrell as a snobbish, miserly nerd who would rather spend his time locked in a library than showing off his unique magical powers. Now, the BBC has released our first proper look at Jonathan Strange, a charmingly idiotic young gentleman whose main motivation for becoming a magician is to convince his girlfriend Arabella that he’s marriage material.

“I hardly play cards,” Strange says to Arabella, in the hopes that she’ll be impressed by his maturity and self-control. “I drink very little, scarcely more than a bottle a day.” Heroic stuff.