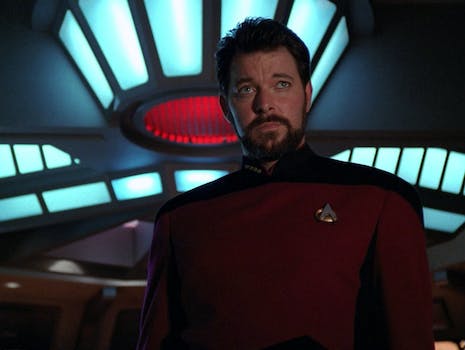 The #BringInRiker fan campaign wants Jonathan Frakes to direct the sequel to Star Trek Into Darkness.

Who better to direct Star Trek 3 than a man who has already directed two Trek movies and numerous episodes of the show?

That’s the logic behind a fan campaign to get Jonathan Frakes to direct the upcoming Star Trek sequel, now that J.J. Abrams’ replacement Roberto Orci has stepped down.

Frakes is best known as Star Trek: The Next Generation‘s Commander Riker, but he has since enjoyed a successful career directing TV shows such as Star Trek: Voyager and Deep Space Nine, Castle, Leverage, and Burn Notice. Most importantly, he directed the eighth and ninth movies in the Star Trek franchise, First Contact and Insurrection.

Hey @ParamountPics, #JonathanFrakes is the best choice for someone to direct the next Star Trek movie! Why go anywhere else? #BringInRiker

@paramountpics #BringInRiker Frakes knows Trek. He may even be able to save this movie. Into Darkness was terrible.

As soon as the news broke that Star Trek 3 was looking for a new director, the rumor mill sprung into action. Who might replace Roberto Orci? Could it be Edgar Wright? Or could it be someone more… experienced? Hence the #BringInRiker hashtag.

The biggest and best Trek films have been directed by Nimoy and Frakes; the actors know Trek better than anyone! #BringInRiker #MakeItSo

If we treat this like a real possibility for a moment, the odds are stacked against Frakes. J.J. Abrams made a concerted effort to distance his reboot franchise from the Star Trek movies of the ’90s, which already puts Frakes out of favor. Then there’s the fact that while Frakes has made a name for himself as a TV director, his only well-known feature films were two of the ’90s Star Trek movies, and Thunderbirds. None of this points toward Paramount trusting him with their biggest movie of 2016.

The #BringInRiker campaign is probably not going to work, but it isn’t quite as crazy as it might seem at first glance. Many fans view Roberto Orci’s departure as a bullet dodged, leaving the franchise free to be taken up by more capable hands. And for some, that means a director who has a personal history with Star Trek. While Frakes is unlikely to be on Paramount’s shortlist, Star Trek 3‘s new director may—with any luck—at least be a fan.