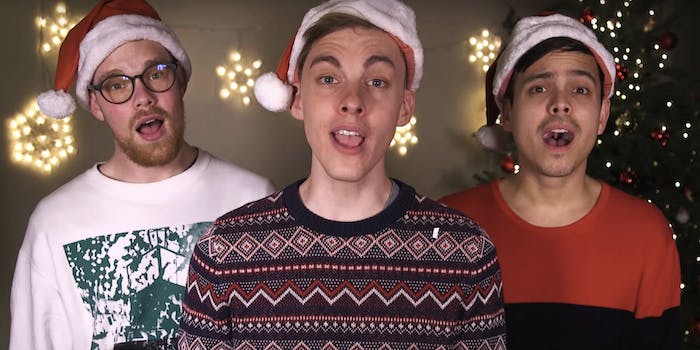 This isn't how you remembered the classic tunes.

YouTube a cappella pro Jon Cozart has long charmed audiences as a one-man show, but this week, he teamed up with AsapSCIENCE to update a few classic Christmas carols.

By supplying scientifically accurate lyrics to old tunes like “O Holy Night” and “O Tanenbaum,” the trio drops some serious knowledge about climate change, black holes, reindeer, and the troubling truth about fake Christmas trees. Somehow, there’s even room for a little existential crisis in the middle of this three-and-a-half-minute medley.

It’s not Cozart’s first swing at seasonal song updates: In 2014, he (and three other version of himself) released “Progressive Christmas Carols” with politically correct lyrics.