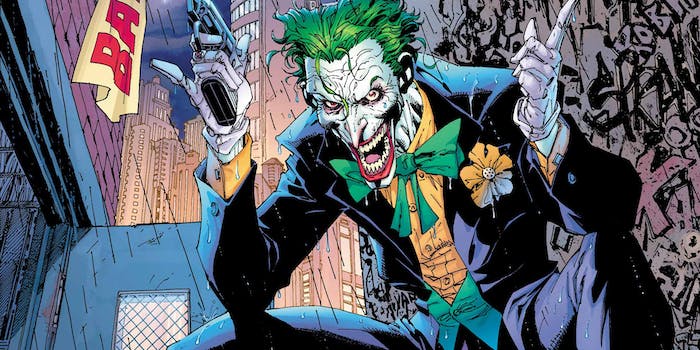 Martin Scorsese is producing a gritty movie about the Joker

Is the world ready for a gritty, 'Taxi Driver'-inspired Joker spinoff?

Warner Bros. is planning to reboot and recast the Joker, launching a solo franchise produced by Martin Scorsese.

Deadline reports that the project is in its early stages, with a core creative team already in place: writer/director Todd Phillips (The Hangover) and co-writer Scott Silver (8 Mile). Jared Leto will stick around for Suicide Squad 2 and the Harley Quinn movie, but the new Joker spinoff will cast a different actor.

Scorsese’s input will make itself known in a surprising way. According to Deadline, Warner Bros. wants to make a “gritty and grounded hard-boiled crime film” set in the early 1980s, filmed in the style of Scorsese movies like Taxi Driver. That’s a pretty extreme departure from the stylized, CGI-heavy style of Zack Snyder‘s DC franchise, suggesting Warner Bros. may go the Star Wars route of making spinoffs in different genres.

The idea of a solo Joker movie will undoubtedly raise some eyebrows among Batman fans. Until now, the Joker generally benefited from being used sparingly in stories with heroic protagonists, like the shark in Jaws or the alien in Alien. Is it really a good idea to make a movie from his perspective, attempting to look inside the mind of an intrinsically inexplicable villain? It’s a dicey idea, but people said the same thing about Hannibal Lecter before the Hannibal TV show came out and proved them wrong.