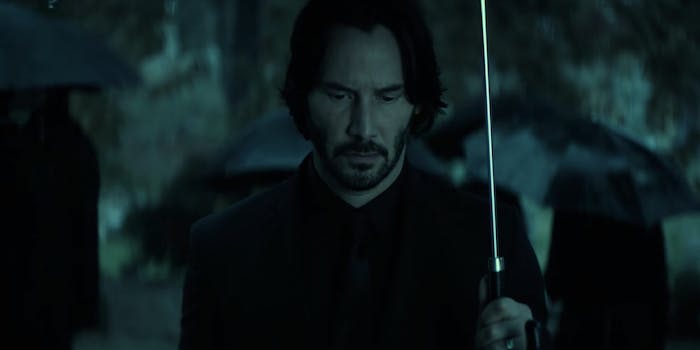 A ‘John Wick’ TV show is in the works at Starz

Keanu Reeves will be involved as an executive producer.

A John Wick TV show is in development at Starz, the premium network announced Friday.

The team behind The Continental will include other veterans from the John Wick franchise including screenwriter Derek Kolstad and star Keanu Reeves, who will serve as an executive producer. According to the Hollywood Reporter, Reeves will appear in the show at some point if picked up.

The series will instead focus on the Continental Hotel, a kind of secret club for assassins, and the people who inhabit it in a “hyper-real version of Los Angeles” as the show “maintains the urgency of the action along with the dry humor from the John Wick movies.”

“This series is truly unlike anything else on TV,” Starz CEO Chris Albrecht said in a statement. “The Continental promises to include the thunderous fight sequences and intensely staged shootouts between professional assassins and their targets that fans have come to expect in the John Wick movie franchise as well as introducing some new, darkly compelling characters who inhabit this underground world.”

With a third film set to debut in 2019 and a comic book series exploring the early days of John Wick’s career, the TV show is just the latest project to expand on the universe introduced in the beloved franchise.