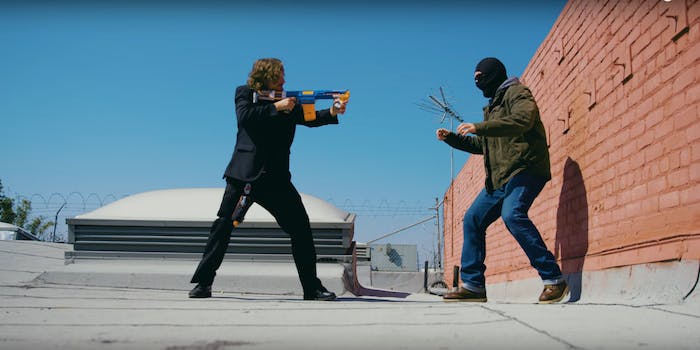 The action is surprisingly well shot.

This John Wick Nerf gun parody takes itself 100 percent seriously, and that’s why it works.

Like the real John Wick movies, this fan film relies on a very simple premise. It’s a sequel to John Wick: Chapter 2, where all the weapons have been replaced with Nerf guns. And you know what? The action is surprisingly well-shot.

The quality of this fan film makes more sense when you learn that its creators, Corridor Digital, have produced an entire series of Nerf gun parody films. Crowdfunding really does broaden our artistic horizons, doesn’t it?