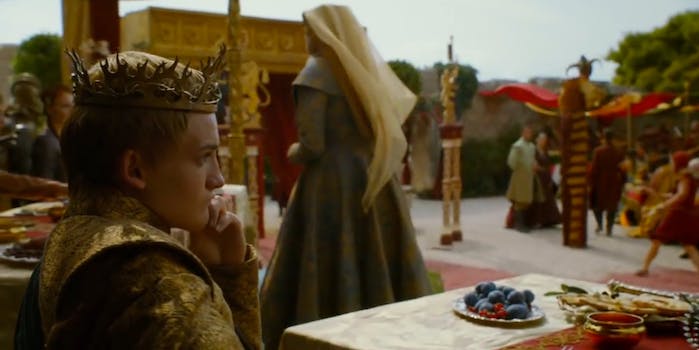 Here’s our chance to take out Westeros’ most hated king

Joffrey's practically gotten away with murder since the start of Game of Thrones, and now you can take him down.

Stannis Baratheon’s army couldn’t bring down King Joffrey at the Battle of the Blackwater, but perhaps one million tweets can.

HBO’s lastest promotional stunt ahead of the upcoming fourth season with Sky TV New Zealand: A statue of Westeros’s resident psychopathic king has suddenly appeared in the middle of Auckland’s Aotea Square with a noose around its neck. 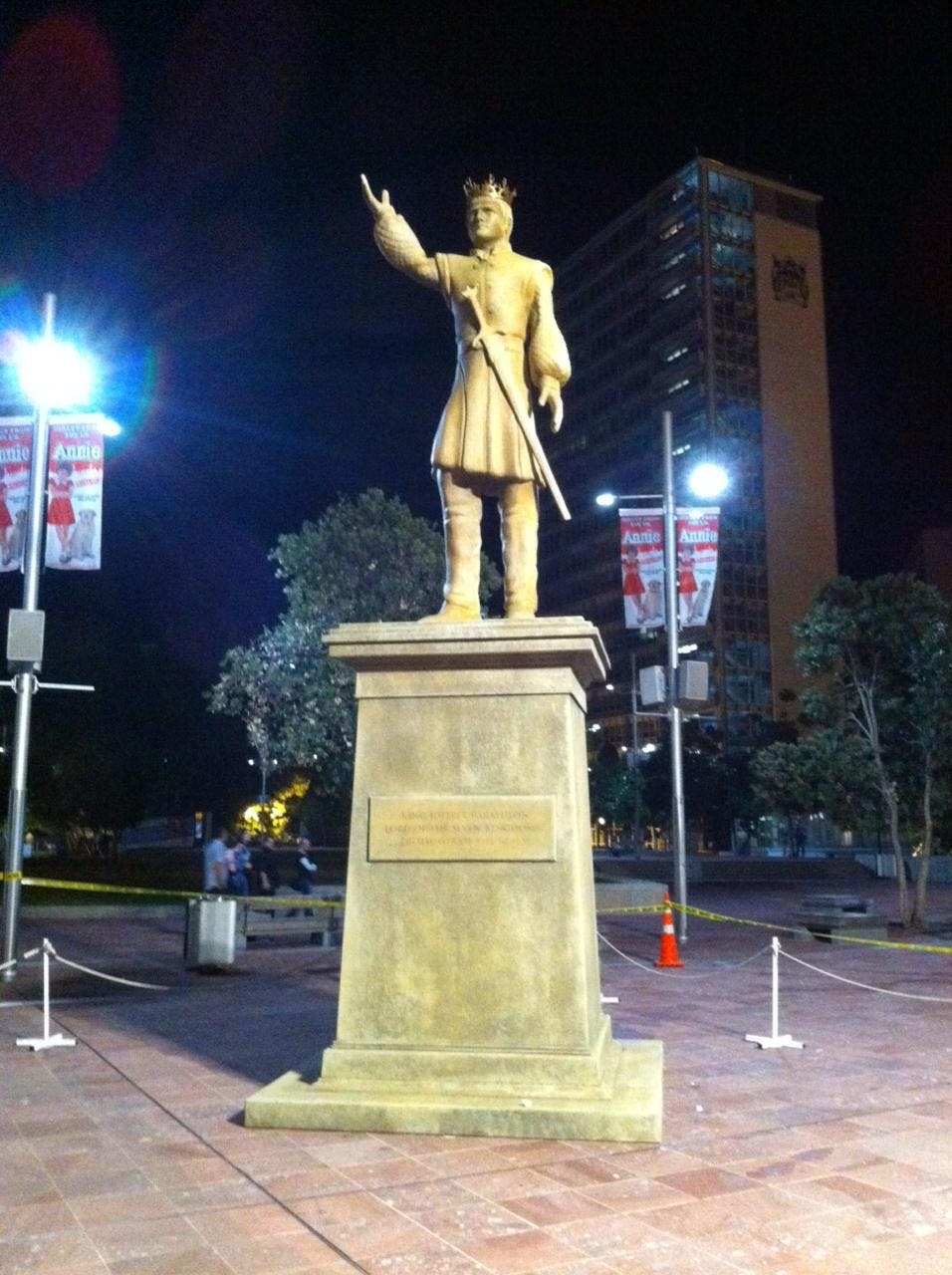 HBO launched a livestream of the statue, and encourage anyone who wants to see Joffrey fall use the #bringdowntheking hashtag. The voice of the common folk has no power in Westeros, but in our world, it’s everything. According to the website:

Seeking the voice of the people, the maesters of the seven kingdoms have come together to create the Hashtag Machine, a highly complex device that harnesses the power of the tag #bringdowntheking and uses it to bring about the end of Joffrey’s reign.

For every tweet using the tag, the machine pulls tighter on the statue. The maesters believe they will need one million tweets to bring down the statue, and with it, Joffrey’s reign on the kingdoms.

Joffrey’s pretty much gotten away with murder since the show’s started. He ordered the death of Ned Stark, abused his formerly betrothed, and celebrated the Red Wedding with glee. Aside from a couple of bitchslaps from his uncle, he has gone virtually unpunished for any of his cruelty. Since he’s a fictional character, we can’t actually make him pay, and even if we could challenge him to a trial by combat, he’d order someone else to fight in his place.

Is it shameless promotion for a television show that already has a record-breaking viewership? Of course it is. Do you want to see Joffrey’s statue get it anyway? It may be the only justice we really get.

We didn’t get to see “the bad man fly,” but winter is coming and we may soon see a king fall.