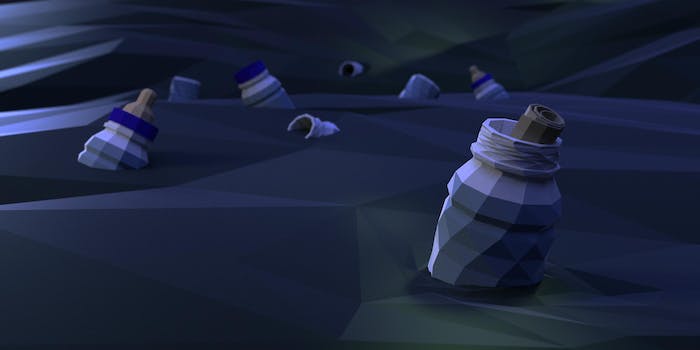 Little boy who inspired ‘That Dragon, Cancer’ has passed away

His parents will livestream their son's memorial service this evening.

On March 13, 2014, Ryan Green, one of the developers behind the heartbreaking adventure game That Dragon, Cancer, announced on Twitter that his 5-year-old son Joel, who had been battling cancer since age 1, had passed away.

My son Joel took his last breath at 1:52 am this morning. http://t.co/irdTC89qvi pic.twitter.com/5jx470yrKd

Ryan Green and his co-developer Josh Larson surprised everyone after they first began demo-ing a game called That Dragon, Cancer sometime last year. It was an intimate, heartbreaking lens into the Green family’s experiences in raising their son Joel, who was diagnosed with Atypical Teratoid Rhabdoid Tumour four years ago and has been fighting cancer ever since.

“It is a videogame composed of pain and hope,” Ryan wrote on the game’s website. “It is a story about my son. It is a script written day by day.”

In the very last update on Joel’s website before the announcement of his passing, his mother Amy wrote about how medical personnel had advised in favor of continuous IV pain medication, before going on to tell them to “come off the steroids” as they were toxic, painful, and would, at most, only provide Joel with a few extra days.

Amy went on to explain how they refused to take Joel off the oxygen. “It’s hard to imagine that he doesn’t need the oxygen. We took him off for a few minutes and walked him around the room, but his lips turned blue pretty quickly, so we put him right back on.”

“We asked our nurse how long she thought Joel had left, based on what she had seen and we had described,” Amy wrote. “She told us a week.”

“We continue to contend; For a miracle of Grace; For resurrection life, in this life and the next; for our hope. Hope that the story of our love for each other and the story of our Father’s love for us, will be more real and more true than it has ever been before.”

Since Joel’s passing, the Greens have continued to update their site with notes of gratitude and details about Joel’s memorial service, which will be livestreamed this evening on their website.

Friends of the Green family have organized a fundraiser in hopes of assisting the bereaved with “the costs of a burial plot, venue for the funeral, a casket and to help their family move forward during this time of need.” So far, they’re slightly over the halfway point for the $10,000 target goal.

Our thoughts are with the Green family. We’re sorry for your loss.

Photo via That Dragon Cancer