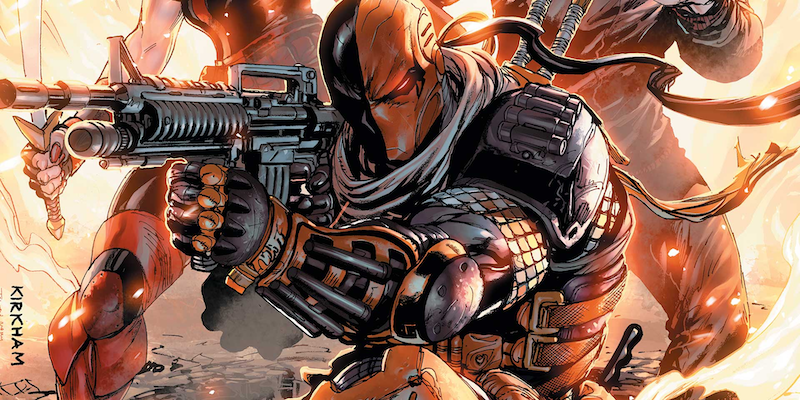 Has Joe Manganiello’s Deathstroke been cut from ‘The Batman’?

Joe Manganiello downgraded his 'Batman' role to a 'maybe.'

The next solo Batman movie is in a state of flux. First Ben Affleck stepped down as director, replaced by Matt Reeves, whose work on War of the Planet of the Apes may delay The Batman until after 2018. Now, the film may also lose its lead villain.

Magic Mike star Joe Manganiello was cast as Deathstroke last year, with Affleck posting some test footage of the character in action. Manganiello began training by reading Deathstroke comics, meeting with martial arts teachers, and learning to fight with a katana. But The Batman script is still being redrafted, and Deathstroke could well be written out.

In an interview with Pittsburgh Today Live, Manganiello downgraded his role to a “maybe.”

It’s not unusual for screenwriters to add or remove characters before a film goes into production. The unusual part is the public nature of The Batman‘s behind-the-scenes problems, partly caused by Warner Bros. announcing the film before it was ready to go. The Batman doesn’t even have a cast or a final draft of its screenplay, but it’s still being promoted as a high-profile addition to the Justice League franchise.

Deathstroke was a surprising choice of villain for The Batman, a mercenary who could easily be confused with Deadpool or Will Smith‘s Deadshot in Suicide Squad. It might indeed be a good idea to swap him out for a better-known antagonist like Catwoman or the Riddler.