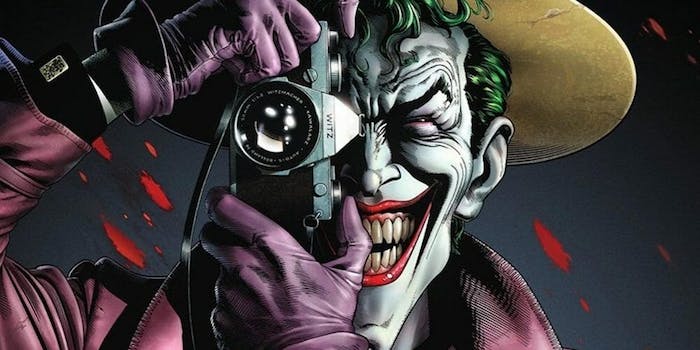 Joker origin movie may get Joaquin Phoenix in the lead role

Considering the actors who've played Joker in the past, he'd have big shoes to fill.

According to a report by Variety, a new actor may soon fill the clown shoes of Batman’s most colorful villain. Joaquin Phoenix is apparently in talks to play the Joker in a standalone movie helmed by The Hangover’s Todd Phillips.

The as-yet-untitled film will take place outside the current DC movieverse. It traces Joker’s rise as he goes from low-level crook to the unhinged mastermind at atop Gotham’s criminal enterprise. Sources told Variety the movie will be set in the 1980s and will play more like a straight crime drama than a flashy superhero film. The reason? Apparently, Martin Scorsese asked for a more grounded tone before he’d get involved in the project in some capacity.

As far as we know, Jared Leto still fills the villain’s role in the main films of the DC Extended Universe. Other upcoming Joker movies include a Suicide Squad sequel as well as a Harley Quinn/Joker romance.

Warner Bros and DC have no shortage of other movies in the works, either. Many of the announcements came with scant information that left out details like casting news and release dates. Frankly, it’s all getting a little confusing. Jared Leto even admitted he has no idea what’s going on with the upcoming DC films.

Should Joaquin Phoenix land the role in Joker’s origin story, fans will surely scrutinize his performance. (Just ask Jared Leto.) Each major Joker actor, from Jack Nicholson to Heath Ledger, has put his own unique spin on the character.