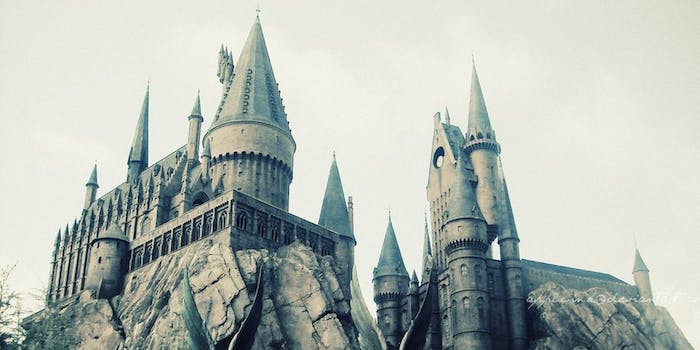 This iconic ‘Potter’ villain will get a J.K. Rowling short story on Halloween

The black cat is out of the bag: JKR is giving us a Halloween story about the scariest villain ever.

“An accomplished witch, ____ joined the Ministry of Magic directly after she left Hogwarts, taking a position as a lowly intern in the Improper Use of Magic Office.”

This curious tidbit, released last week on J.K. Rowling‘s new Pottermore Tumblr as part of a mysterious countdown to Halloween, promised that we’d be hearing more about the witch in question very shortly.

Well, now the black cat is out of the bag, and the astute fans who guessed that the witch in question might be the scariest Harry Potter villain ever were right. A press release issued Friday from Rowling announces that she will be unveiling a new story about Dolores Umbridge on Pottermore at the end of the month.

This is great news for Potter fans. Until now, all of the new pieces of information that Rowling has shared on Pottermore have been glimpses into the future of our favorite heroes, delightful worldbuilding, and information about minor characters we knew nothing about.

So far, it’s all been delightful— but a tale about Umbridge, the terrifying Ministry official who abused her power and took over Hogwarts in Harry’s grim fifth year, might be a delectable, shiver-inducing Halloween tale of terror. Many Potter fans believe that in a contest between the evil Lord Voldemort and the terrifying, racist Umbridge, Umbridge would win simply because her brand of terror is the kind faced by students every day around the world.

Umbridge was ultimately sentenced to life in Azkaban for her takeover of the school and the abuses she inflicted therein. But how did she get to be the cold-hearted, cat-loving dictator we know and fear? Rowling hopes to tell us herself, with a look at the witch’s backstory that also provides the author’s own insight into the character.

The timing couldn’t be better, since Halloween is a big day in the Potterverse, and it follows the regular pattern Rowling has established this year of delivering surprises to our doorstep, either through the latest updates on Pottermore, creating a new Tumblr, or giving us awesome homework on Twitter related to her upcoming film expansion of the Potter universe, Fantastic Beasts and Where to Find Them.

We’re starting to feel spoiled. At this rate, we might not even need any Halloween candy—we’ll be visiting Honeydukes candy shop in our dreams of Diagon Alley.