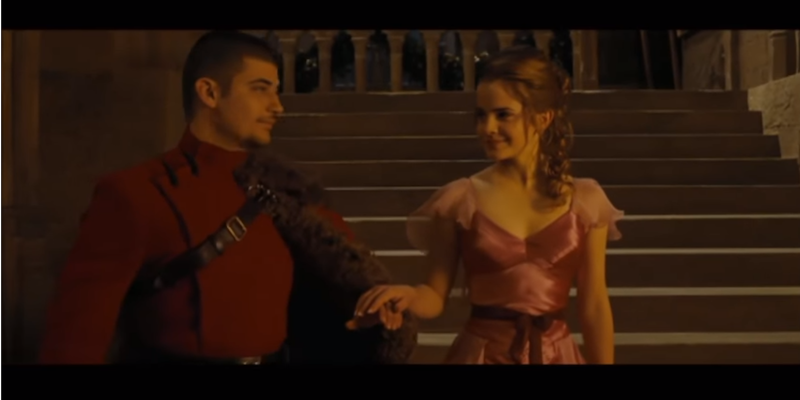 J.K. Rowling tells world how to pronounce ‘Hermione’ on Twitter

The author confirmed a fan theory.

When the Harry Potter movies came to an end just over seven years ago, fans were left with a wizard-sized hole in their lives no amount of Game of Thrones—released that same summer—could fill. Ever since, they’ve been debating the wizarding world on Twitter and in fan theories.

One of those theories was confirmed this week by J.K. Rowling. User @atulaak tweeted Monday her suspicions that “@jk_rowling included that passage on how to pronounce Hermione’s name in Goblet of Fire just to school all of us who were saying HER-MY-OWN like Viktor Krum.”

Theory: @jk_rowling included that passage on how to pronounce Hermione's name in Goblet of Fire just to school all of us who were saying HER-MY-OWN like Viktor Krum.

It didn’t take long for Rowling to respond in the affirmative. It took her four books, but apparently, she got tired of the world butchering her beloved character names and found a creative way to correct us all. “Theory correct,” Rowling wrote.

In case you’ve forgotten that passage from Goblet of Fire, Hermione slowly sounds out her name in four syllables for Krum:

“Hermione was now teaching Krum to say her name properly; he kept calling her ‘Hermy-own.’

Author Patrick Rothfuss apparently learned from this useful trick for his Kingkiller Chronicles series, and just put the phonetic pronunciation of super-easy-to-pronounce “Kvothe” right into the synopsis of the book.

Best moment of my life. https://t.co/NrQH9cuS86

Goblet of Fire came out in 2000, more than a year before Harry Potter and the Sorcerer’s Stone was released as a movie, so by that point we had been mispronouncing names for years.

The world has clarity on Hermione as “her-my-own-knee.” Here’s hoping Rowling tweets a call on Quirinus and Nymphadora soon, too.

Editor’s note: This article has been edited for context and clarity.