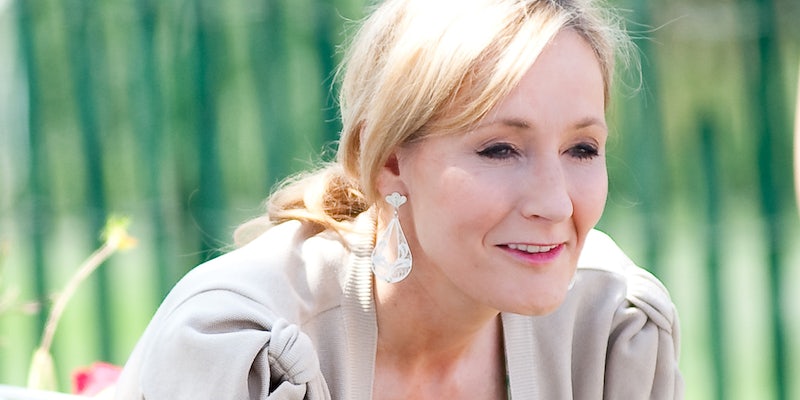 J.K. Rowling gives her approval to the next generation of ‘Harry Potter’ babies

The next generation of Harry Potter fans are here, and they’ve already received a big seal of approval from none other than J.K. Rowling herself.

Literary names have long inspired real baby names—Arya and Khaleesi have gone up in popularity in recent years because of Game of Thrones. And with a wealth of rich character names to choose from in the Harry Potter books, the possibilities are endless.

When Rowling originally named Hermione, she consciously chose “a fairly unusual name” because she didn’t want young girls who were like her to be made fun of for it. But many fans saw inspiration in Hermione throughout the series and wanted to give that name to their children.

One new parent who just named her daughter Hermione shared the news with Rowling on Twitter, to which Rowling offered her congratulations.

@jk_rowling This is my new daughter, Hermione, born yesterday. Keeping the franchise going for the next generation! pic.twitter.com/S55yp2DJko

Soon enough, other parents who named their children—and pets—after Harry Potter characters came out of the woodwork.

@jk_rowling This is my daughter Hermione, she's 5 now. <3 pic.twitter.com/yVvHaHpVm0

Another parent tweeted at Rowling about reading the books to her daughter before she was born, and while she wasn’t named after a Harry Potter character, she did have her own mark like Harry.

@jk_rowling I read all the #HarryPotter books while pregnant. This is my daughter Sofia with her #harrypottermark⚡️ pic.twitter.com/7mFzVxewp5

Well, I'm not going to apologise because I think she looks beautiful! ♥️⚡️ https://t.co/phBSlo14ME

The post-Harry Potter generation is here, and as more longtime fans become parents, that number will only grow.