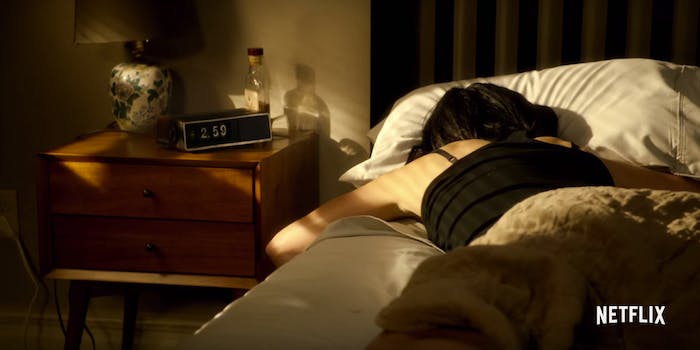 She's not an early bird.

We finally have the first look at Jessica Jones and well, she’s definitely not an early bird.

Just a few weeks after announcing Jessica Jones would premiere on Netflix Nov. 20, it posted another quick teaser to give us insight into the former superhero who became a private detective. And the quickest way to do that? Through her apartment in Hell’s Kitchen.

The place is a mess and she’s still asleep at 2:59pm, the latter of which indicates she keeps late hours. In fact, it could be any other show—perhaps after a late night out?—until you see what happens to her alarm clock.

She’ll wake up when she’s damn well ready, no matter what that clock says.