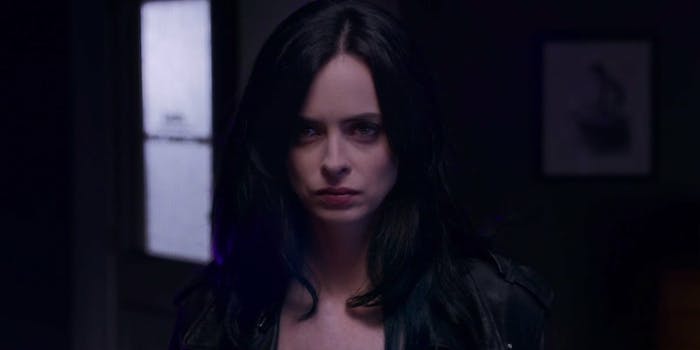 After Vincent D’Onofrio stole our hearts as the eccentric crime boss Wilson Fisk in Daredevil, the next Marvel Netflix villain has a lot to live up to. So, it’s just as well they hired an actor as good as David Tennant to fill the role.

Tennant’s Kilgrave (also known as Purple Man, although we suspect they’re dropping that moniker for the Netflix adaptation) will terrorize Hell’s Kitchen in Jessica Jones. You can catch your first real sign of him in this new teaser trailer, which features his menacingly hypnotic voice.

While former superhero and current private detective Jessica Jones has plain ol’ super-strength, Kilgrave’s superpowers are rather more insidious. He has the ability to control people’s minds and actions through a combination of pheromones (yes, smell), and vocal manipulation.

Judging by this teaser, he already seems satisfyingly creepy.