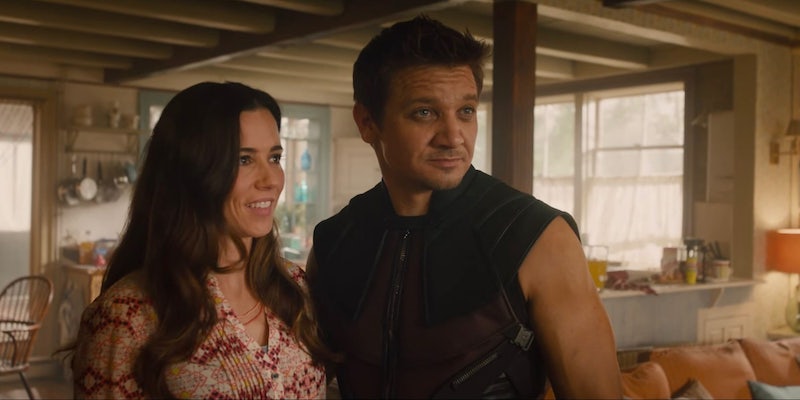 The Russo brothers got death threats over Hawkeye’s absence in ‘Avengers: Infinity War’

Hawkeye’s absence while the Avengers felt the wrath of Thanos in Avengers: Infinity War received an in-movie explanation, but the exclusion of an original Avenger apparently left some fans upset enough to direct their ire at the directors.

Jeremy Renner, who is in the midst of a press tour for Tag, revealed to USA Today this week that after Hawkeye didn’t appear in Infinity War (and any of its promotion), directors Anthony and Joe Russo received death threats from fans.

“I think the Russo brothers (Anthony and Joe, who directed) got way too many death threats,” he said. “I’m like, ‘Wow, dude, that’s intense. I’m sorry!’”

Keeping Hawkeye out of the fray and saving him for Avengers 4 made sense from a story perspective. Infinity War already had too many heroes to juggle, so even though he’s an original Avenger, there was a very good chance of him getting lost or overlooked in a crowded arena. The movie acknowledged him and Ant-Man, who were both under house arrest for their roles in Captain America: Civil War (having made a deal with the government to protect their families), but didn’t linger. And although we technically don’t know that they survived Thanos’ snap, it’s a fairly safe bet that Hawkeye and Ant-Man will both suit up to aid the original Avengers and Captain Marvel.

The treatment of actors and creatives working on major geek franchises is getting even more attention these days after harassment reportedly led to Star Wars star Kelly Marie Tran deleting her Instagram posts. Renner didn’t say much about the threats other than that they’ve occurred, but the fact that some fans sent the Russo Brothers death threats because an actor wasn’t in a movie, is in and of itself concerning.

He also teased what little he could about Avengers 4, noting that people who liked Infinity War will surely like the sequel.

“Everybody’s got to bite their tongue,” Renner added. “But if you like Infinity War, there’s some stuff to come. What I do know is it’s going to be awesome.”