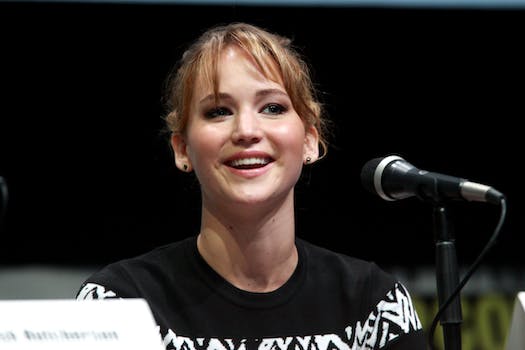 Katniss Everdeen is even an inspiration to Jennifer Lawrence.

Jennifer Lawrence made headlines with her criticism of Hollywood’s wage gap, prompting support from frequent co-star Bradley Cooper—and ambivalence from Jeremy Renner, who said that tackling sexism in Hollywood isn’t his problem.

But after four years of playing a politically relevant heroine like Katniss Everdeen, we really shouldn’t be surprised that Lawrence decided to take a public stand against injustice.

At a press event for The Hunger Games: Mockingjay Part 2, Lawrence explained how Katniss inspired her in real life.

“I don’t see how I couldn’t be inspired by this character,” she said, answering a question about whether Katniss had influenced her to speak out about sexism in Hollywood. “I mean, I was so inspired by her when I read the books — it’s the reason I wanted to play her.”

“So I think it would be impossible to go four years with this character and not be inspired by her,” she said.

Apparently Katniss Everdeen is such an influential role-model that she even changed the attitude of the woman who plays her.