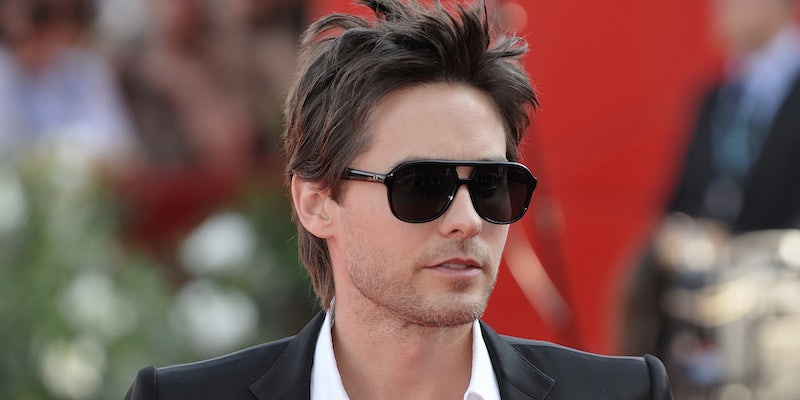 The Suicide Squad Joker gave us a fleeting glimpse of the terror in our future.

No one can take the title of world’s most colorful villain away from the Joker, as his latest actor Jared Leto proves. Leto took to Snapchat to share a fleeting sneak peek at the latest stage in his slow transformation into DC Comics’ Suicide Squad wild card.

Fortunately, Italian website Bad Taste caught the snapshot before it vanished into the ether. We have to warn you, between what looks like a hair net and the putrid toxic waste shade of the Joker’s violent green hair, this isn’t one of Leto’s better selfies: 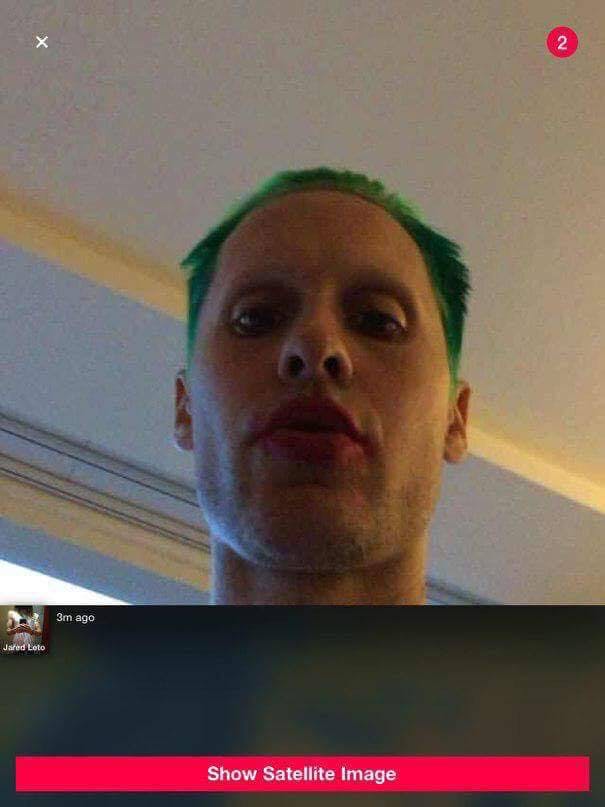 Then again, considering he’s playing a man who slices people’s faces open with a razor, this look is downright companionable.

The Oscar-winner, together with Squad director David Ayer, has been steadily doling out glimpses of his transition from cleancut actor to everyone’s favorite eccentric psychopath. Leto first went full platinum for the hair change, probably to get his famous flowing locks accustomed to the shock of being chopped and dyed.

Suicide Squad won’t be out until the fall of 2016, but it looks like Leto is already totally into the part.