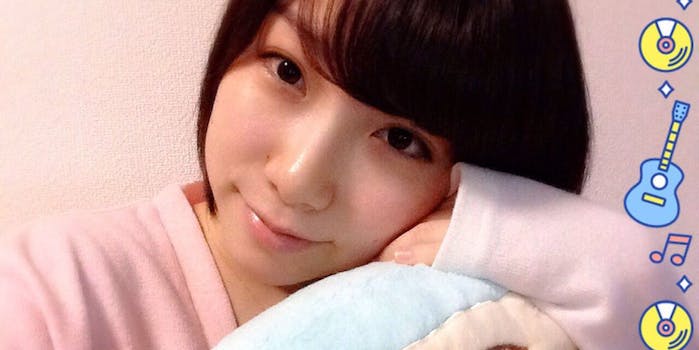 The suspect reportedly sent the singer multiple Twitter threats prior to the stabbing.

Japanese pop idol Mayu Tomita was in critical condition on Monday afternoon after being stabbed more than two dozen times before a performance.

Tomita, 20, was attacked at a subway station on Saturday in Kogenei City, in western Tokyo, around 5pm. Her attacker, 27-year-old Tomohiro Iwazaki, later told police that he stabbed her because she returned a gift he’d sent her.

“I ambushed her at the station and asked her (about the gift),” he said. “I lost my temper and stabbed her many times because she didn’t clearly answer.”

Iwazaki is in police custody and faces charges of attempted murder.

Tomita, a member of the all-female band Secret Girls, had previously reported Iwasaki’s Twitter threats to police. The Japan Times reported that one such message read, “I will never forget that I was looked down upon by you.”

Authorities didn’t act on the reported threats because they were not considered an immediate danger, according to Kyodo News.

Fans are in an uproar over the assault. Much of the attention has been directed at Japan’s anti-stalking law, which is considered too lax toward online harassment unless it reaches extreme levels.

Stalking-related murders in Japan are on the rise. Satoru Umetu, 24, was sentenced to six years in prison in 2015 after assaulting three members of the popular J-Pop group AKB48 during a handshake event in Takizawa City, Iwate Prefecture.