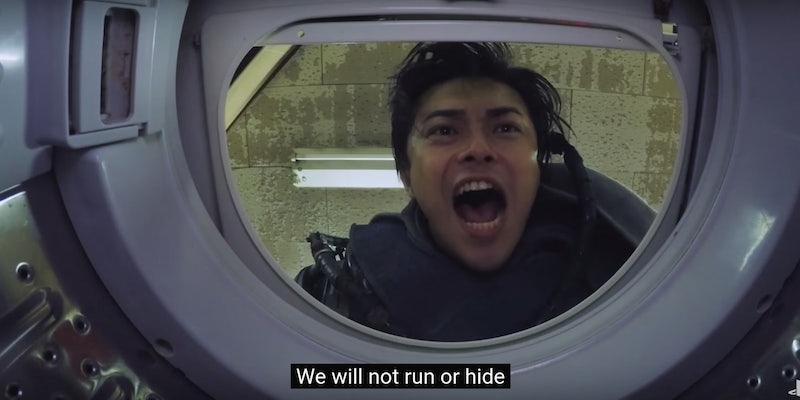 This live-action Japanese ad for Destiny is bizarre and fantastic

And you thought -you- knew someone who was obsessed with Destiny.

A pair of Japanese kids learn what Destiny obsession really looks like in a new live-action ad that cosplayers will love.

The West hasn’t seen any live-action ads for Destiny’s new expansion The Taken King. This Japanese ad, on the other hand depicts a pair of young people sitting in a laundromat, waiting for a friend of theirs to arrive and explain why they’re waiting in front of a line of washing machines and dryers.

Their friend shows up bearing copies of the Legendary Edition of The Taken King, and a costume that Destiny cosplayers would kill for.

You can catch up on all the major changes coming to Destiny with The Taken King here, and the premiere of Nolan North as Ghost here. The Taken King will be released for PlayStation 3, PlayStation 4, Xbox 360, and Xbox One on Sept. 15.