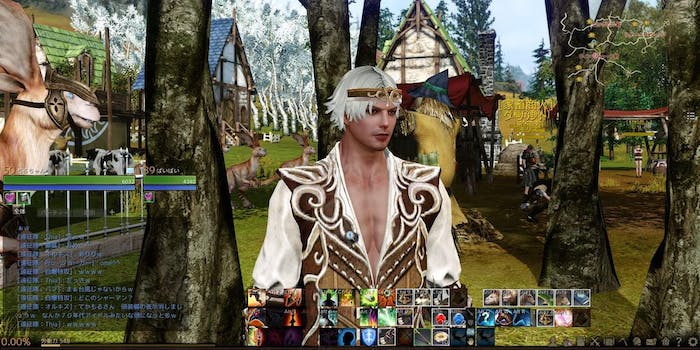 For one Japanese gamer, the line between fantasy and reality is about to get pixelated.

For one Japanese gamer, the line between fantasy and reality is about to get pixelated.

Maru-chan, as he’s known in-game, is being paid 1 million yen to play ArcheAge, a new Korean-developed fantasy online role-playing game, for 12 hours a day for three months, reports RocketNews24.com. That paycheck for that marathon totals about $10,000, or a little more than $9 per hour.

The schedule is a huge undertaking. Maru-chan blogs every day and streams the game live every night on Niconico.jp, a Japanese video-sharing site on which he’s built up a large following and maintains a group of close friends. In essence, he wakes up every day around noon, starts playing by 3pm, and sits in front of a webcam until 6am the next morning.

Depending on your age, that might sound like a dream gig or a nightmare, but Maru-chan is positively looking forward to it.

When a Rocket News reporter visited Maru-chan’s apartment, she noted that, in spite of her assumptions, it was clean and well-lit. Maru’s wife said she’s fully supportive of the marathon.

Maru-chan, a former “world-class” competitive gamer according to Rocket News, organizes in-game events like a massive attack on the world’s most powerful character, the Kraken. A recent group battle saw 700 players in 50 ships wage war against the sea monster only to fail in the final moments. With the surge of buzz around the event and the energy it brought into the game, it’s not hard to see why Maru is good for the company and the game.

In a couple of months, we’ll find out just how good the game is for Maru.