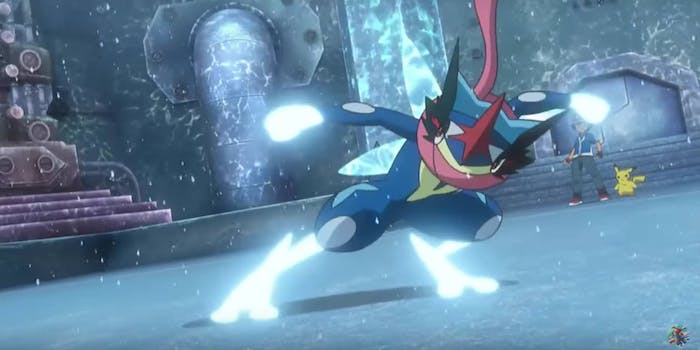 The people of Japan have spoken. When it comes to their favorite Pokémon, Greninja has won the popularity contest. Over half a million otaku voted for this relatively new character.

500k+ people voted for their favorite Pokemon in Japan and these were the results. pic.twitter.com/IsZ3BZE0vW

Unofficial U.S. fan favorite Pikachu came in fourth place. Though stateside fans were ineligible from casting their votes, many are nonetheless pretty damn mad about the winning pocket monster. They also have no idea who the hell Greninja is.

C'MON JAPAN HOW IS *THIS* YOUR FAVORITE POKEMON

THE WHOLE NATION OF JAPAN IS INCORRECT pic.twitter.com/0IEoM1saoL

FIRST PLACE WAS GRENINJA WHO DARE DO THAT @TyranitarTube

Distraught fans can hopefully take comfort in the fact that the adorable Iwanko pup and the ethereal Nekkoala koala Pokémon have been confirmed as not only real, but real cute.

As for the debate still raging in America over who’s the true best Pokémon? I’m gonna go ahead and let the president have the last word on this.