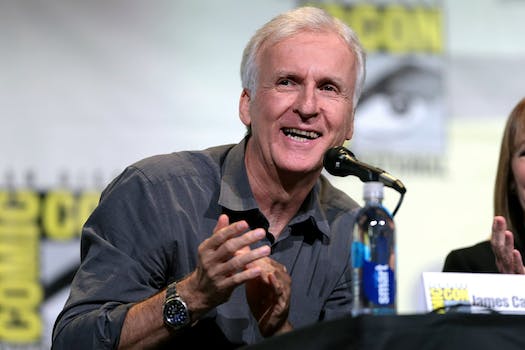 Wait, how many more 'Avatar' films?

James Cameron hopes film-goes grow tired of superhero franchises like the Avengers soon. But, if you weren’t already aware, Cameron plans to make four sequels to his 2009 sci-fi film Avatar. Yes, that’s right. Four! The first one is scheduled to be released in late 2020. Still, he is critical of other sci-fi/fantasy franchises that produce several sequels.

“It’s just, come on guys, there are other stories to tell besides hyper-gonadal males without families doing death-defying things for two hours and wrecking cities in the process. It’s like, oy!” he continued.

Says the guy planning to make four sequels to his Ferngully remake. https://t.co/PuFRycCMoU

And yet you chose to remake FERN GULLYhttps://t.co/QHk0wmitq4

"there are other stories to tell. for example, for some reason I'm going to make 5000 more bloated movies about my sexy blue CGI aliens," added James Cameron https://t.co/NO9tspMZzw

Yes, like a 6th Terminator movie and a 2nd Avatar. https://t.co/T8CQvswhDB

Cameron says he wants the four sequels to Avatar to focus more on families and resemble The Godfather films. “We still want to show you things that you haven’t even seen or imagined, but the story is very different.”

But why the Avengers hate? Maybe Cameron is feeling resentful of Marvel franchises because his 1997 hit film Titanic was recently surpassed by Black Panther in the box office.

A.K.A. #BlackPanther SLAYED Titanic and I can't deal. https://t.co/G53Aiapvbx

Cameron did admit that he doesn’t know “where tastes are going in respect to science fiction” because he hasn’t made a TV show or movie in a while. Yikes.

Read the full interview over at IndieWire.