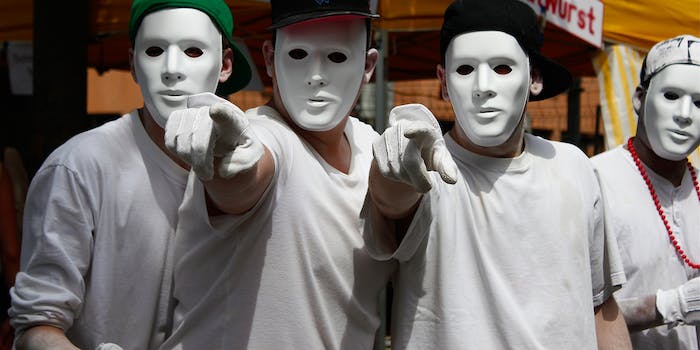 The Internet is making a mockery of Gamergate’s rallying cry

In case you don't know by now: It's not about ethics in journalism.

By now, the argument that the Gamergate movement is about ethics in journalism has been thoroughly discredited. We’ll probably continue hearing people argue that case for a long time, but even casual observers know better at this point.

Graham Linehan, creator of The IT Crowd, has provided a wonderful Storify to that effect. A few days ago, the movement neatly illustrated his point. Mild-mannered geek icon Felicia Day posted her discomfort at having to avoid talking to some gamers out of fear that they might be militant Gamergate supporters, along with a message about not giving up on the positivity of gaming. Day was promptly doxxed, because Gamergate is about ethics in journalism.

When things get this ridiculous, the Internet does one of the things it does best: It turns the increasingly ludicrous refrain into a meme.

@Glinner I’ve done a couple of those as well :) pic.twitter.com/XGJd84JuhI

This one speaks nicely to the way Gamergaters are increasingly being recognized by the world at large, thanks to all the mainstream media attention:

@Glinner Superb. You could probably run with this one for days. pic.twitter.com/9unU7jM2UU

And apparently Microsoft is looking to help out those of us who cover Gamergate professionally.

Hadn’t seen it yet so sure, why not pic.twitter.com/llfLZKjnQD

So the next time a domestic terror threat is issued against a university for daring to bring a feminist icon to campus, remember: “It’s about ethics in journalism.”