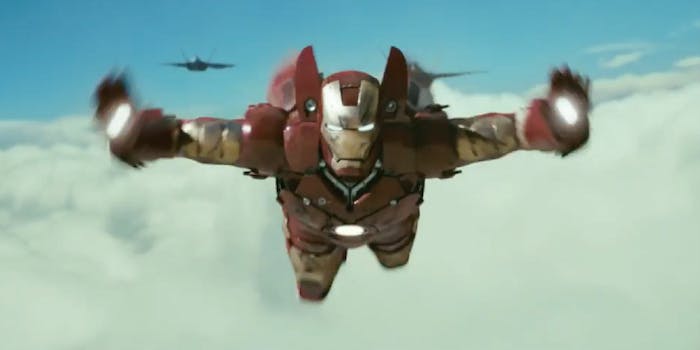 Thankfully, the Vulture probably isn't behind the heist.

It looks like it might take the Avengers a little longer to assemble than usual, considering one of their founding members has had his outfit lifted. The red and yellow Iron Man suit from the original 2008 film that launched the Marvel Cinematic Universe as we know it has been reported as stolen from a prop warehouse in Pacoima, California, according to the Los Angeles Police Department.

In a report by the Los Angeles Times, LAPD officials stated that the Iron Man suit in question was stolen from a warehouse in the 13000 block of Weidner St. sometime between February and late April 2018. The suit was reported missing on Tuesday, May 8. According the LA’s CBS affiliate station, the suit was accounted for during a February inventory check, but was discovered missing late last month.

It has not been disclosed who originally reported the suit as missing, and an LAPD spokeswoman declined to say who owned the prop warehouse in question. No other items are reported missing for now. The LAPD’s Foothill Division has been assigned to the search.

Marvel is referring questions about the issue to Walt Disney Studios, according to the Los Angeles Times. Walt Disney Studios did not immediately respond to Daily Dot’s request for comment. An update will be provided if the studio responds.

The LAPD has made no statement regarding a possible suspect but is working with the assumption that the suit was in fact stolen from the warehouse premises.

Diehard fans of Marvel films might find the irony a bit too sweet considering a number of Marvel film storylines (including the recent Spiderman: Homecoming) featured villainous plots to steal Avengers technology and utilize it for nefarious purposes. Someone please check the Vulture’s jail cell.