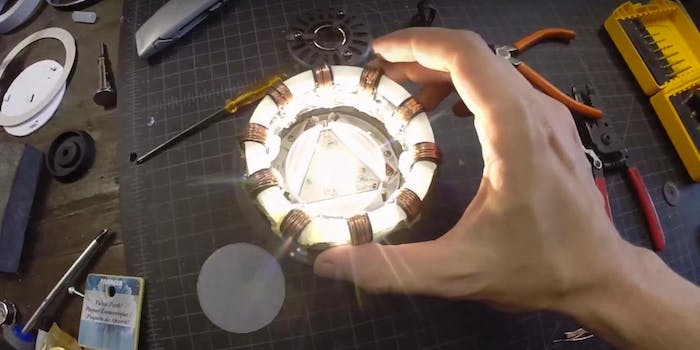 Take one step closer to becoming Iron Man with this DIY project.

If you’ve always wanted to have your very own arc reactor but don’t exactly have the resources of Marvel’s Tony Stark, you might want to check out the latest DIY Prop Shop video from YouTube channel AWE me.

In Monday’s video, host Dustin McLean walks viewers through the steps for making an arc reactor inspired by the Iron Man movies using items you might already have at home (or can at least easily to find.) For example, turns out a kitchen sink strainer is essential for your arc reactor!

Following along with the video, it looks like the craft is fairly simple for anyone who wants to give it a try.

The best part though is that the project won’t break the bank. McLean estimates he spent about $30 on the whole thing.

You can see McLean tackle more DIY projects on YouTube, including an impressive Back to the Future hoverboard.