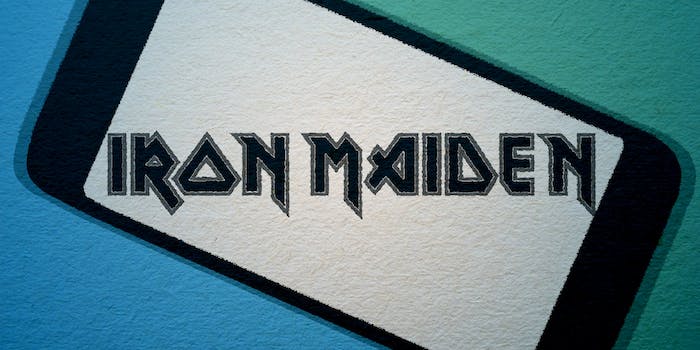 Heavy metal legends Iron Maiden will be releasing a free role-playing game on mobile devices. In Iron Maiden: Legacy of the Beast, players will get to control the band’s famous mascot, Eddie, traveling “through time and space” to collect the pieces of his shattered soul.

For fans of Iron Maiden, there will be some unreleased gems in this game. According to the press release “Gameplay is enhanced with a soundtrack using songs spanning the band’s entire career, including previously unheard live recordings of Iron Maiden classics adapted for the game by engineer Tony Newton under the close scrutiny of bassist and founding member Steve Harris.”

The game is being developed by Roadhouse Interactive and 50cc games. It’s expected to launch this summer for iOS and Android.