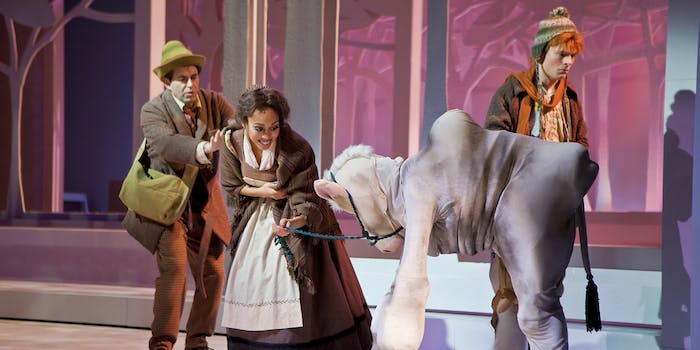 But magic beans are definitely all these low-budget cow props are worth.

Sure, Sweeney Todd is is pretty good, but these terrible cows from Into the Woods are clearly the greatest thing Sondheim ever gave us.

Low Budget Milky White is the latest in a string of Tumblrs poking affectionate fun of community theater which began with Low Budget Beasts and reached its apotheosis with Low-Budget Audrey II. To the pantheon of theater creatures imagined onstage with something less than panache, Milky White, better known as Jack’s beloved cow, recently made her low-ly appearance. (Get it?)

It’s true that some of these hilarious attempts to put Milky White in the spotlight aren’t going to have you shedding a tear for her onstage demise. But others, which range from a weird number of costumes with crutches, to avant-garde pieces of twine, to, apparently, summons of Satan, may have you in tears for different reasons. Like this poor sad sack (literally): 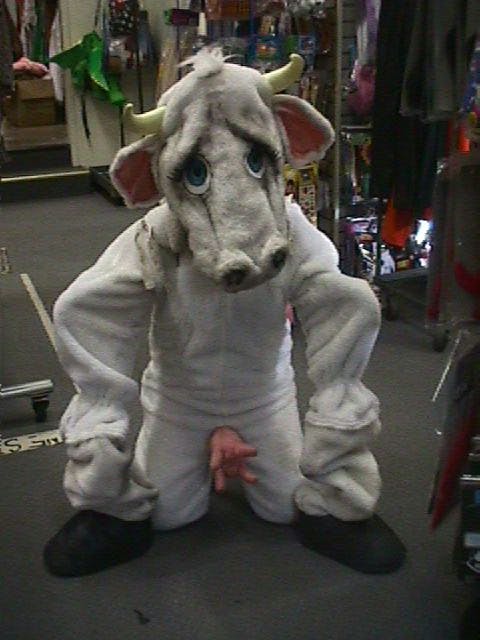 And this cow prop, which we’re hoping was later reused in a production of Joseph to represent seven years of famine and wasting disease: 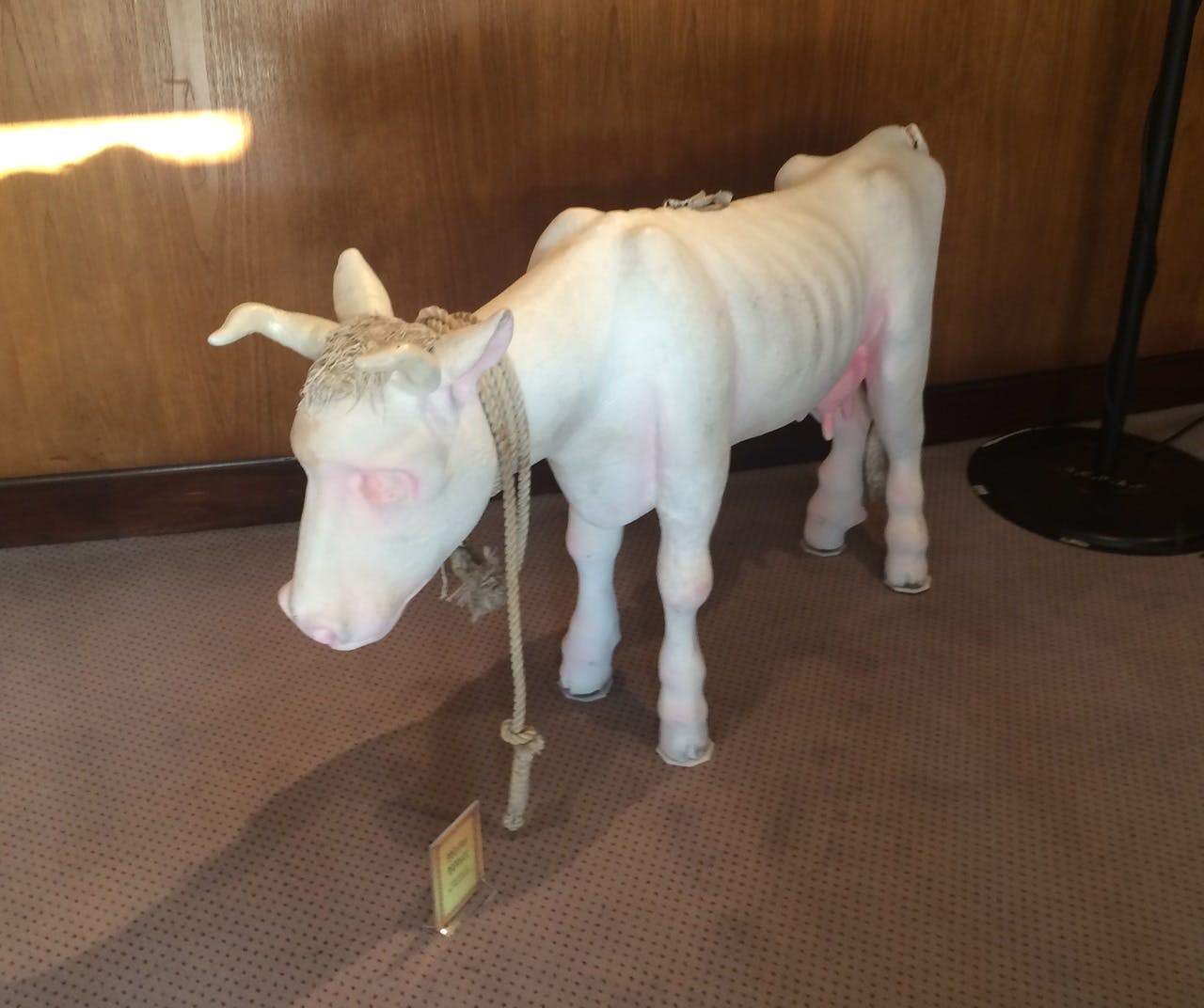 There’s the eight-legged Milky White, the block of wood Milky White, and the pillowcase Milky White. Then there’s, uh, whatever is going on here. Also hipsters. Too many hipsters. Someone traveled all the way back to 1993 to bring us this photo of two college students stuck in what looks like the weiner-cow from hell: 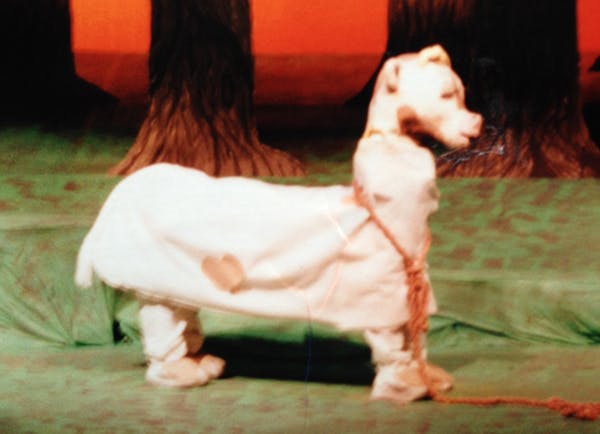 In addition to the hilarious photos of unfortunate costume and prop attempts, the Tumblr has garnered hilarious firsthand submissions by those who lived through the experience. “My friend in her Milky White costume (a.k.a. a white fur suit with mittens and a weird floppy cow/bunny ear hat),” wrote one submission-sender. “She was wearing volleyball knee pads and eventually ripped a hole in the costume from crawling on her hands and knees.” The look of existential angst on her face tells us all we need to know, friend. 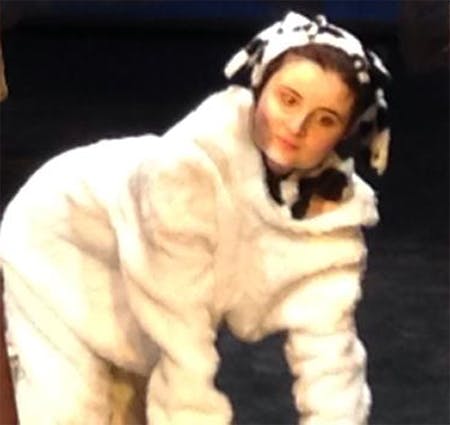 In a shocking twist, a cowbell is the only thing this Milky White doesn’t need more of. 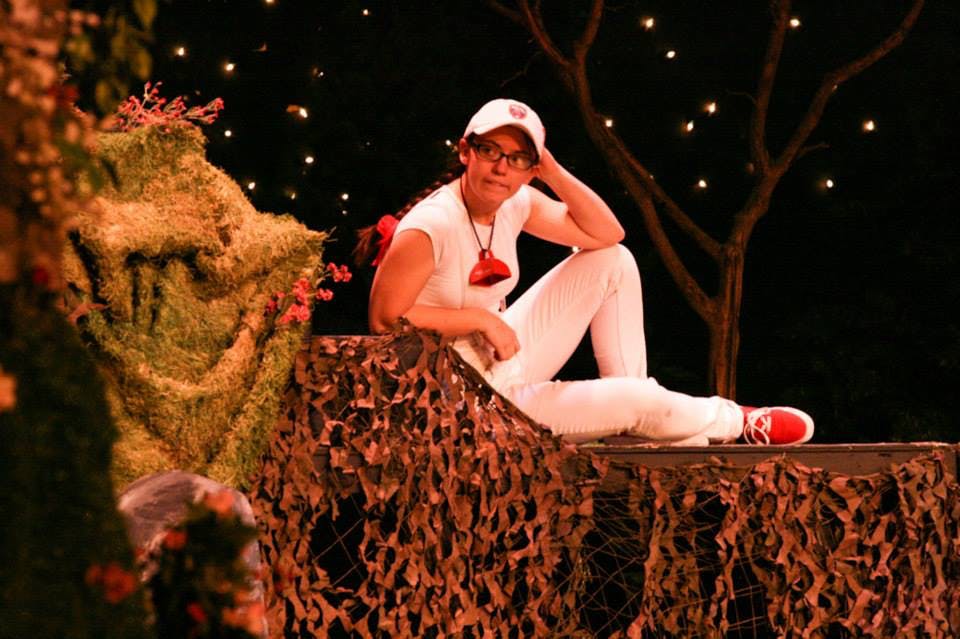 “Our milky white was basically an underfed rollie chair:” 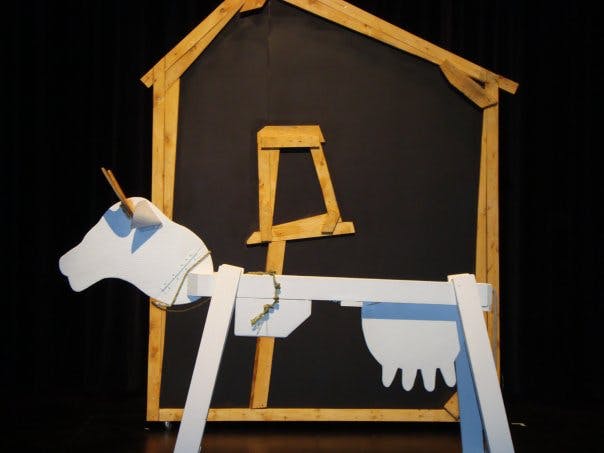 “Ours was made out of a collapsible laundry basket and a small wheeled table :/ Enjoy.” Oh, we will: 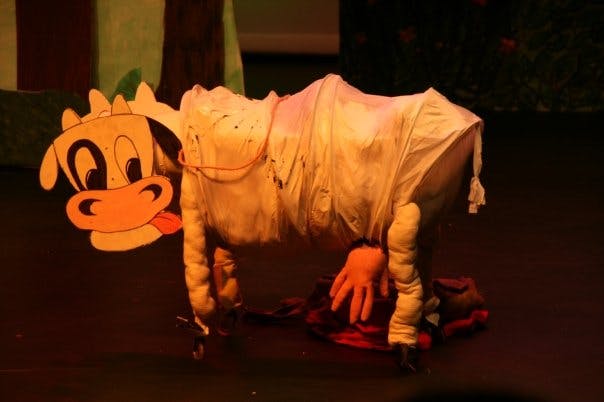 Last but surely not least, this balloon-cow got a special vote from our Daily Dot editors: “Act one School of drama’s Milky White was just a balloon.” 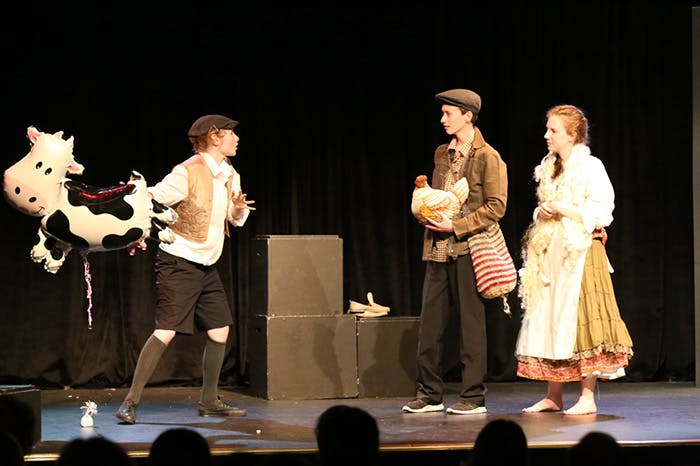 If you’re feeling deprived because you’ve never sat through a production of Into the Woods that features a balloon cow, we have only this to offer: With the upcoming Disneyfication of Into the Woods arriving to theatres in January, you’ll probably soon have plenty of other things to laugh at.

In the meantime, you can enjoy all the Milky Whites that parade through Tumblr—and be glad you weren’t the one onstage with Satan Cow: 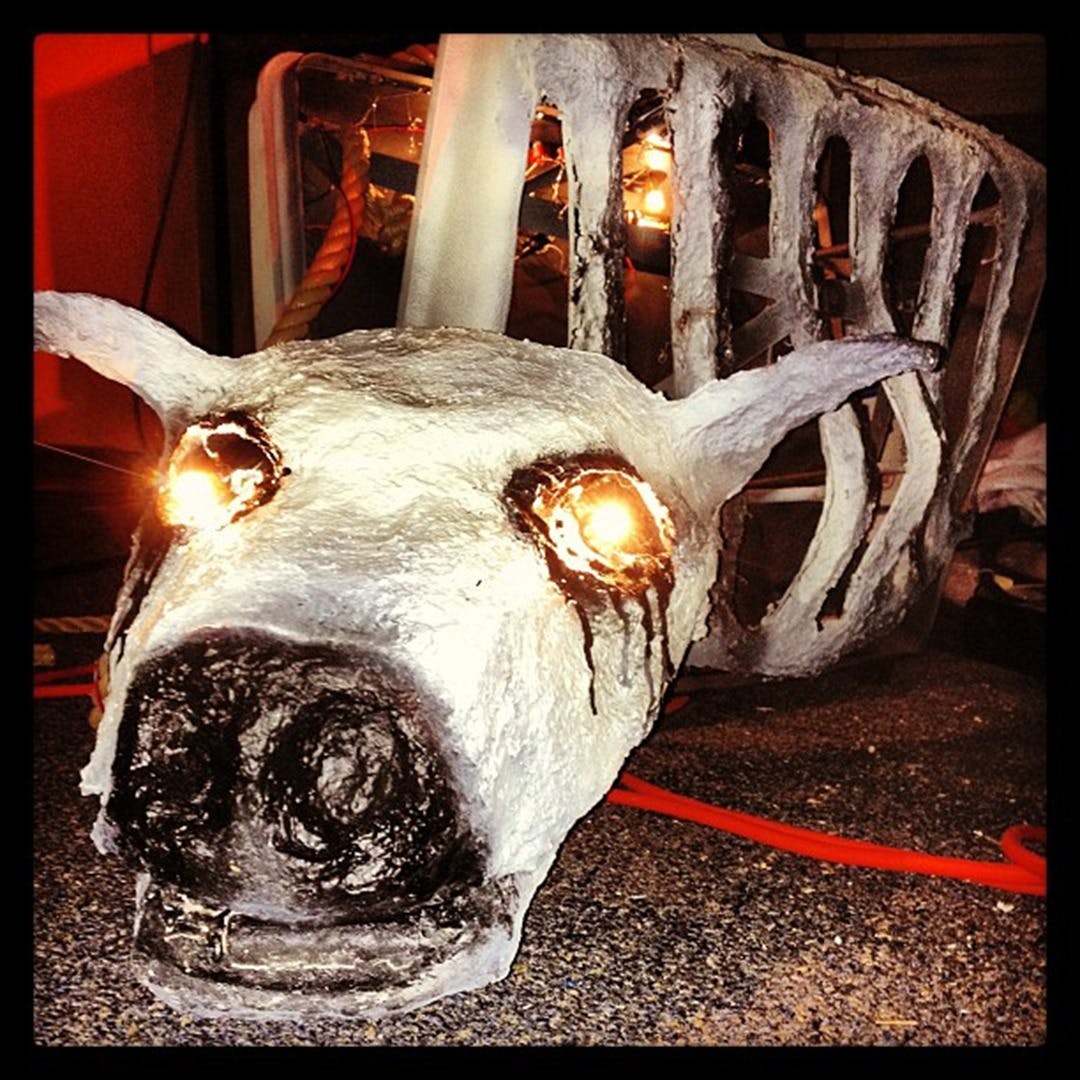