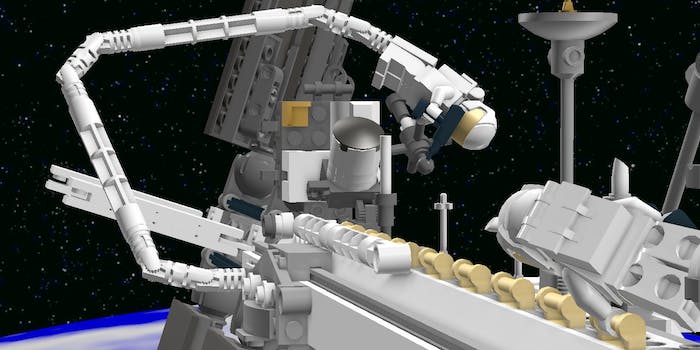 This Lego International Space Station may soon be a reality

At 10,000 supporters, the set will now go to the Lego review board.

The set proposed by Christoph Ruge, who goes by XCLD in the Lego Ideas community, would come with the space station itself as well as two Soyuz capsules, two Progress capsules, and minifigures of astronauts and cosmonauts. It will also include a number of playable features like the ability to turn solar panels on and off.

Ruge also proposed possible extensions for the model such as the space shuttle and Hubble space telescope.

The fate of the station now rests in Lego’s hands. If the set is approved by the review board, it will be produced.