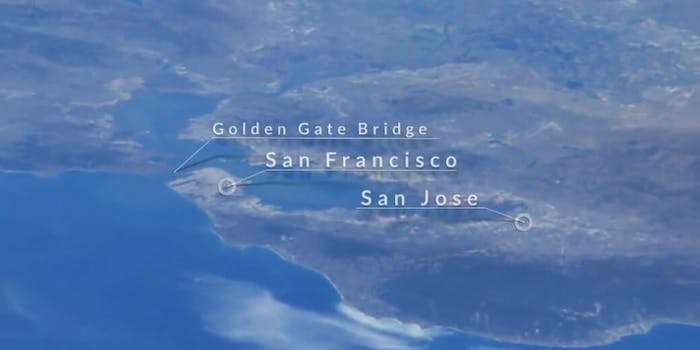 This video is out of this world.

If you ever imagined a scenario where you got to spend all of your time on the International Space Station looking out the window at Earth and trying to figure out all the cities you saw from hundreds of miles high in the sky, you apparently are not alone.

As you can see in the video below where ISS crew members Mike Hopkins and Rick Mastracchio point their video camera to the world below and spot cities in Italy (the boot looks pretty strange from space) along with San Francisco, Houston, and Chicago.