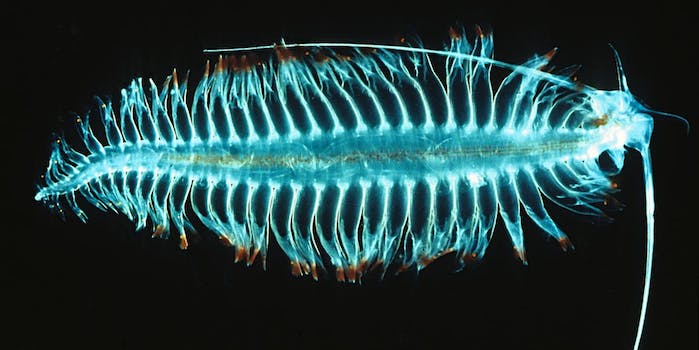 Thankfully these worms mostly live in the ocean.

We know it’s easy for people to get behind pseudo holidays like National Martini Day and National Burger Day.

But hear us out on why  International Polychaetes Day is just as awesome.

Polychaete (pronounced paw-lee-keet) worms are a class of the annelid (meaning segmented) worms that primarily live in the ocean. These critters, also known as bristle worms, have been around since the Cambrian era and currently boast at least 10,000 species.

On July 1, several museums around the world celebrated the first International Polychaete Day in honor of the worms.

The day was chosen to recognize biologist Kristian Fauchald, who devoted 36 years of his life to studying the worms at the Smithsonian’s National Museum of Natural History before dying of a heart attack in April. July 1 would have been his 80th birthday, according to The Smithsonian. In his memory they posted an article containing 14 facts about polychaete worms, including details on some species bizarre sex lives and the fact that other species can last 96 hours without oxygen.

Over the last few days, people have been tweeting about their favorite polychaetes, posting photos and facts about the beautiful, terrifying, and wholly under-appreciated worms.

Its #InternationalPolychaeteDay so here are some Christmas tree worms :-) :-) pic.twitter.com/1sa9fn4xZr

Image via uwe kils/Wikimedia (CC BY 3.0)