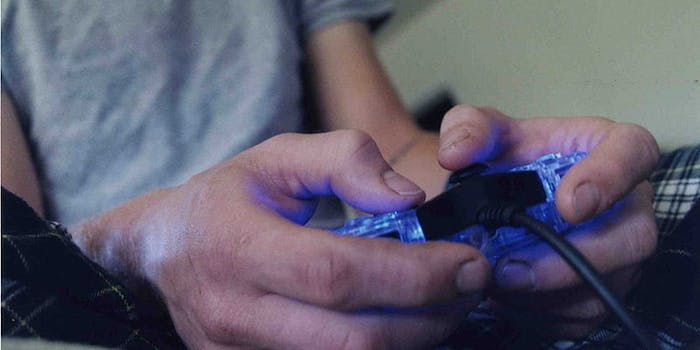 The latest casualty in GamerGate is a website that published articles supporting victims of gamer harassment.

After claiming that gaming industry nepotism was corrupting the culture, proponents of GamerGate are now targeting advertisers of gaming media sites they disagree with.

Intel has pulled all of its advertising from Gamasutra, a gaming media website that published articles condemning GamerGate and supporting the women who suffered online harassment because of the ongoing controversy.

Since Anita Sarkeesian‘s 2012 Kickstarter to launch a feminist critique of the gaming industry, the community has been embroiled in a sustained and ongoing standoff over women in the community who are perceived by many male gamers as threatening their culture. Many female gamers, in particular Sarkeesian and other critics, have endured intense harassment as a result of their attempts to discuss problematic elements of the community and the games they play.

But GamerGate has taken those tensions to a whole new level. Now angry gamers have launched a campaign to convince advertisers to yank financial support from several gaming media sites that they view as being pro-feminist.

@BuckSexington Yes, our partners at @intel were flooded with complaints over a recent opinion piece, and they did pull an ad campaign.

GamerGate began as furor over false allegations that feminist game developer Zoe Quinn performed sexual favors for industry advancement. As a contingent of gamers unleashed harassment at Quinn and her supporters, the conversation around her quickly escalated into criticism of the many gaming media outlets that attempted to support her by condemning her harassers.

The anti-Quinn faction perceived these outlets as colluding with Quinn in a culture of nepotism and unethical journalism. The discovery that one journalist from Kotaku and one journalist from Polygon had failed to disclose their financial support of Quinn and other feminist gamers on Patreon provided them an opportunity to expand the conversation into one about gaming journalism in general.

Yet instead of generating real conversation within the industry, GamerGate has largely been characterized by more harassment, anti-feminism, and attempts to silence members of the gaming community and gaming media.

So far, these silencing attempts on the part of GamerGate proponents include death threats directed at Quinn and Sarkeesian, doxing and hacking of Quinn’s supporters, and ongoing editing wars on Wikipedia pages related to GamerGate. They have also included the creation of a hashtag called #NotYourShield, which purported to be a sincere attempt by gamers wanting to discuss journalism ethics, but was actually invented by anti-feminist members of 4chan in an attempt to troll feminists.

The latest silencing strategy is an organized campaign on the part of GamerGate proponents called Operation Disrespectful Nod. This is a roundup of gaming outlets that have published articles critical of GamerGate. The campaign calls for like-minded gamers to email advertising partners at these websites and convince them to pull their financial support.

The first outlet on the list is also the first one to fall: Gamasutra.

At the end of August, in the middle of all this furor, Gamasutra published an op-ed by popular geek critic Leigh Alexander entitled “‘Gamers’ don’t have to be your audience. ‘Gamers’ are over.” In discussing the factors that led to the GamerGate explosion, Alexander summed up the many cultural changes that had taken place in the industry and its community over the last decade. This includes the inexorable growth of women as a core gaming demographic.

“Traditional ‘gaming’ is sloughing off, culturally and economically, like the carapace of a bug,” Alexander wrote. “These obtuse shitslingers, these wailing hyper-consumers, these childish Internet-arguers—they are not my audience. They don’t have to be yours. There is no ‘side’ to be on, there is no ‘debate’ to be had.”

The anger over Alexander’s editorial was swift, as it was with Devin Wilson’s “Guide to Ending Gamers,” and emails decrying these stories was enough to convince Intel to pull its advertising. On Wednesday, Gamespot’s Kevin VanOrd linked to a screenshot of an email received by a “GamerGater” who complained.

The news that GamerGate had led to actual financial consequences for one gaming site alarmed many members of the gaming community.

I support @gamasutra, and @leighalexander. I welcome a full and immediate statement from @Intel on what they did or did not do, and why.

Sad to see @intel bow to pressure from a harassing mob. Much love to @gamasutra and @leighalexander.

“By all appearances, Intel has capitulated to the denizens of an Internet hate mob seeking to extinguish that conversation,” wrote designer Joe Kohlmann in his own letter to the company.

GamerGate proponents obviously felt justified in their attempts to speak to advertisers directly.

The other outlets targeted so far in the campaign are Kotaku, Polygon, and Rock Paper Shotgun. The question now is whether other advertisers will pay heed to Operation Disrespectful Nod’s future attempts to punish gaming outlets for their editorial stances on the issue.

If there’s anything the last month of ongoing controversy has shown, it’s that dissension and debate in the gaming community isn’t about to die any time soon.

…We recognize that our action inadvertently created a perception that we are somehow taking sides in an increasingly bitter debate in the gaming community. That was not our intent, and that is not the case. When it comes to our support of equality and women, we want to be very clear: Intel believes men and women should be treated the same.

Intel says it has pulled its campaign off Gamasutra, but that it was not in support of GamerGate.

In other news, Github pulled the repository for Operation Disrespectful Nod. These documents instructed supporters to email corporations in an attempt to get them to pull their ads from sites that negatively covered GamerGate.