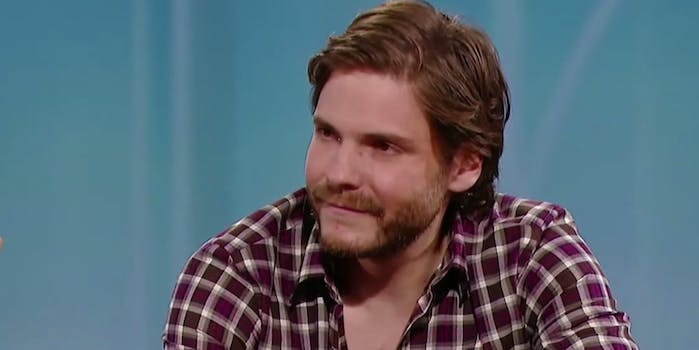 Captain America has a new friend or, more likely, foe.

Marvel announced Friday that Daniel Bruhl will join the cast of Captain America: Civil War. The German actor is best known as the most evil and deplorable Nazi from Inglourious Basterds.

Bruhl’s mastery of cinematic evil (look at that privileged, polished mug), coupled with a stacked deck of heroes (Robert Downey, Jr. will have a role here) just about guarantees Bruhl will be a villain. The real question is which one?

Here are five possibilities with arbitrary odds, but keep in mind that my knowledge of the Marvel universe is limited to stuff I just read on Wikipedia.

This is what I have researched and believe to be most likely. Zemo is a doctor and a Nazi that wears a pink hood.

An Austrian physicist and criminal mastermind that once used mind control on Spider-Man. Also a neo-Nazi.

A Transylvanian nobleman turned sorcerer that the Avengers eventually overcome and kill.

This fellow is a robot I think, and is an acronym that means Mechanized Organism Designed Only for Killing. But nah, you don’t go get Bruhl to do dirty work just like you don’t buy a Ferrari to drive the kids to school in. These are Paul Ryan’s presidential odds.