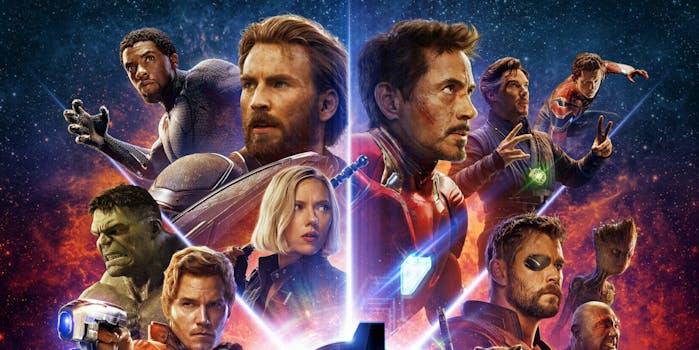 You didn't see the original 'Thor' director—but you sure did hear him.

Branagh directed the first Thor movie in 2011 and has spoken before about returning to the franchise. At this point, we doubt he’ll direct another Thor movie, because if Marvel actually makes one, it’ll go to Taika Waititi. But Branagh did play a brief part in Infinity War, voicing the Asgardian distress signal at the beginning of the movie. It’s an intense introduction, giving us a taste of Thanos’s destructive impact.

As Marvel’s first spacefaring franchise, Thor had the closest connection to Thanos and the Infinity Gauntlet. Thanos benefited from Loki’s lax leadership after Thor: The Dark World, which allowed Thanos to attack Nidavellir and pick up the gauntlet. Then when Asgard fell in Thor: Ragnarok, it left a power vacuum for Thanos to take over.

Branagh’s nameless Asgardian is far from the only unexpected cameo in Infinity War. Along with the massive cast of heroes and Stan Lee‘s mandatory cameo, we saw Peter Dinklage as Eitri the Dwarf, an unexpected role for the Red Skull (no longer played by Hugo Weaving), and Fargo‘s Carrie Coon as Proxima Midnight of the Black Order. Plus a blink-and-you’ll-miss-it shot of Arrested Development‘s Tobias Funke, calling back to the Russo Brothers’ past life as TV comedy directors.