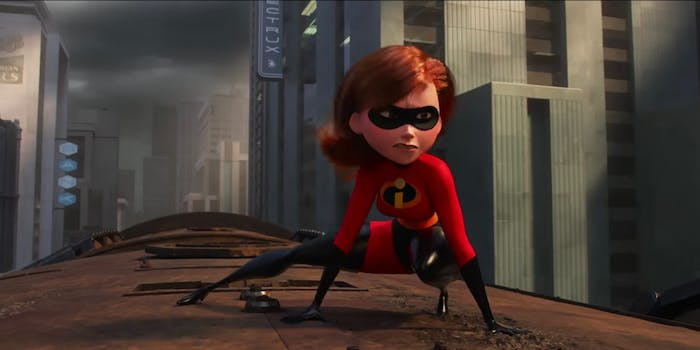 Jack-Jack uses his powers for food in ‘Incredibles 2’ trailer

Don't say no to Jack-Jack.

Pixar fans got a sneak peek at long-awaited Incredibles sequel during the Winter Olympics Wednesday night. A new trailer revealed more of the movie’s plot, Mr. Incredible’s trials at home, and just how far Jack-Jack will go for a cookie.

A businessman (voiced by Bob Odenkirk) recruits Elastigirl to be the face of supers as he aims to bring them “back into the sunlight,” leaving Mr. Incredible taking care of their three super-powered children at home. And while he’s highly unprepared to handle a new method of math or the long hours, he’s making a concentrated effort to support his wife as she heads out to save the day.

Although he’s faced villains and atrocities before, his biggest challenge—saying no to giving Jack-Jack cookies—might be more than he can handle.