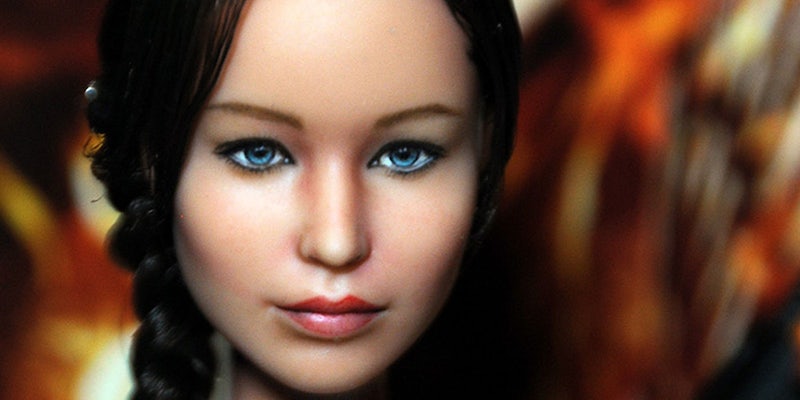 It's a fashion makeover even Cinna would appreciate.

You might not think the art of repainting simple toy-department dolls would be make for a sustainable career, but this gorgeously repainted Katniss doll by artist Noel Cruz shows that there’s much more to doll art than most people ever realize.

Cruz shared the before and after photo of his makeover for the Hunger Games Katniss Barbie doll over the weekend. The before image actually comes from a version of the doll wearing a different outfit; you can see the made over model in this review blog. 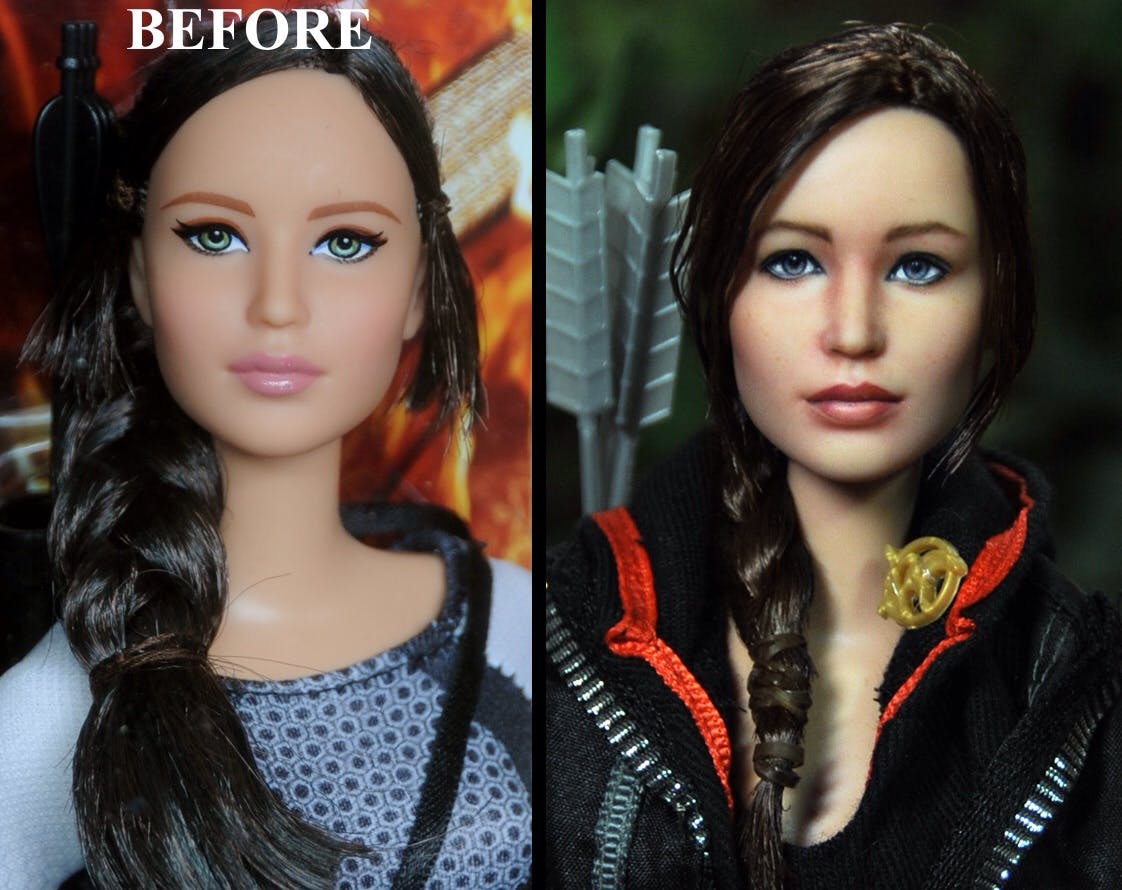 The community surrounding collectible dolls is eclectic and quick to act. Many collectors are fierce when it comes to pouncing on limited editions; others are obsessive about BJDs (ball-jointed dolls), nendoroids, and other adorable collectibles from Japan and other countries. Doll repainting is one of the finer aspects of doll collecting, popularized in part by Cruz himself. His dolls have sold for thousands of dollars on eBay and in private commissions.

On his website, Instagram, and deviantART, Cruz often documents his painstaking and detailed transformations of glassy-eyed toy department dolls into eerily life-like creatures. In Katniss’s case, the process involved rolling and re-dyeing her store-bought hair to be closer to its dark brunette shade in the film, and completely repainting her eyes: On eBay, the one-of-a-kind doll is bidding for $800 in a three-day auction that ends today. Here’s the finished product in action: We have a feeling the feud over who gets to take this Katniss home will be a battle fit for the Arena.