Fifty years of human space travel in one image.

While we love comparison charts mapping fictional spaceships, this one is arguably much cooler. That’s because all of these ships actually exist!

Instead of crafts from Battlestar Galactica and an Imperial Star Destroyer, this chart maps every space craft, launch vehicle, and space station that has ever carried humans into space. Even better: It’s drawn to scale. 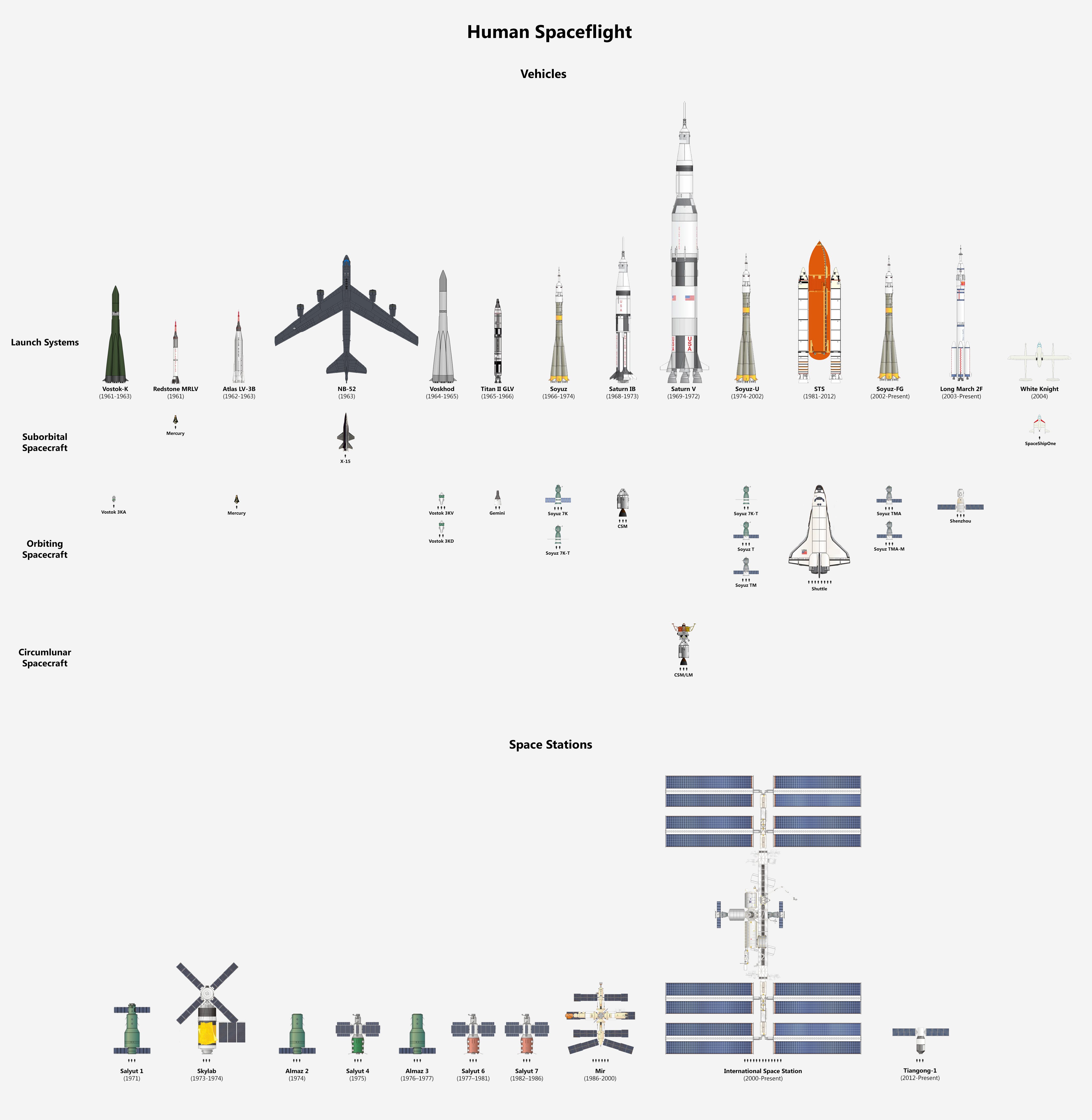 The chart was created and posted to Reddit by a user going by the handle Heaney555. The coolest thing about it might be the relationship between reality and depictions of spaceflight in science fiction. The Soviet Vostok-k rocket flown from 1961-1963 looks like it was ripped out of any number of black and white B-movies on Mystery Science Theater 3000. SpaceShipOne on the other hand, from a top view looks kind of like a Sentinel-class Imperial Landing Craft.

And if you’re wondering why NASA’s new Orion capsule isn’t on here, remember: This is a list of ships that have actually carried people into space, not ships that have successfully completely unmanned flights. Someday, however, an updated version of this image could feature a space vehicle that carried people to Mars. Have you truly wrapped your head around that, yet?