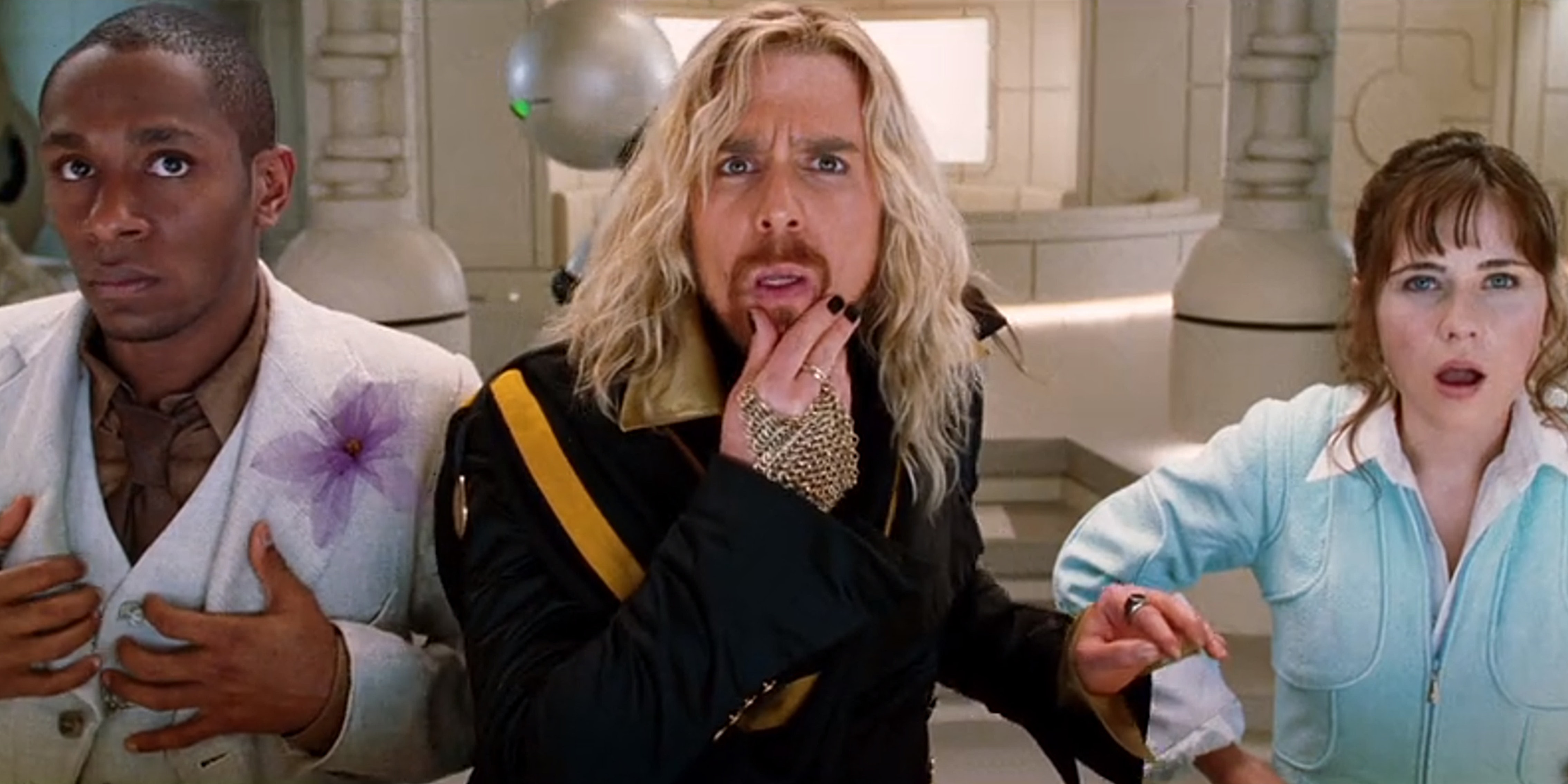 Hitchhiker's Guide To The Galaxy/Netflix

Don’t panic: Hulu is developing a ‘Hitchhiker’s Guide to the Galaxy’ TV show

It's hardly the first time Douglas Adams' story has been adapted.

A Hitchhiker’s Guide to the Galaxy TV series is in the works from Hulu.

The adaptation of Douglas Adams’ beloved sci-fi novel comes from Carlton Cuse (Lost, Jack Ryan) and Jason Fuchs (Wonder Woman). Both Cuse and Fuchs will serve as executive producers, writers, and showrunners, but Fuchs is writing the script for the pilot.

The series is a collaboration between ABC Signature and Genre Arts, and Disney owns the rights to Hitchhiker’s Guide.

According to Deadline, Hulu’s Hitchhiker Guide will be a “modern updating of the classic story,” which centers around Arthur Dent, an Englishman who leaves Earth with his friend Ford Prefect (who’s updating a guidebook titled Hitchhiker’s Guide that allows aliens to travel around the galaxy without worry) shortly before Earth is destroyed by aliens looking to build a hyperspace bypass. From there, Arthur goes on a series of misadventures throughout space with a colorful cast of characters.

It’s hardly the first time that someone’s taken to adapting Hitchhiker’s Guide. It began as a comedy on BBC Radio 4 and was subsequently turned into a stage show, a series of novels (which became a sci-fi classic and led to more novels from Adams), a six-episode TV show in the U.K. in 1981, and a 2005 film starring Martin Freeman, Zooey Deschanel, and Sam Rockwell. The film, the most recent iteration of Adams’ famous story, might be the one that sticks out most in some fans’ minds.

We’re still a ways off from seeing a new Hitchhiker’s Guide series come to fruition, and although some fans will likely have trepidation, there’s more than enough story for Cuse and Fuchs to draw from.