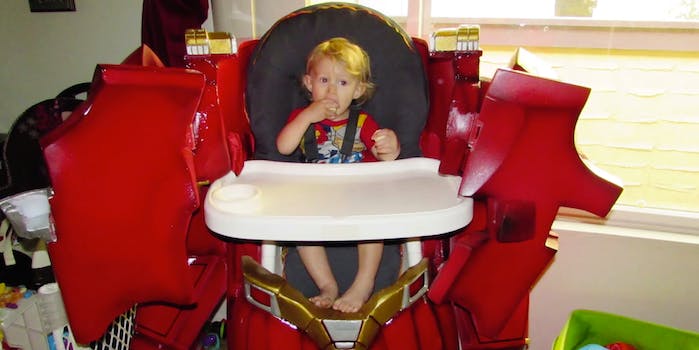 She'll be eating robots for breakfast.

We never thought we’d want to be in a high chair again, but that was before we could basically become Iron Man by sitting in one.

The process itself is just as fascinating as watching one of Tony Stark’s suits being built—minus the mini-explosions—but it’s ultimately about the reveal. Amelia might be too big for the seat by the time she’ll remember it, but she can easily brag about being the coolest kid on this side of the Marvel fandom.

Naturally, the only proper way to feed Amelia now is to pretend that the forks and spoons are Ultron-controlled robots waiting to be destroyed. Never grow up, Amelia.