Lego Star Wars vehicles necessarily have to play with scale, when it comes to large vehicles like Imperial AT-ATs, Star Destroyers, and most starfighters. Millennium Falcon Lego sets usually hit at least the high points of all nooks and crannies that define the ship in the movies, like the gun turret stations, hidden compartment, and Dejarik (holochess) table.

Titans Creations, on the other hand made a Lego Millennium Falcon that has, well, everything. The ship was made for the May the Fourth celebration at Legoland Malaysia. 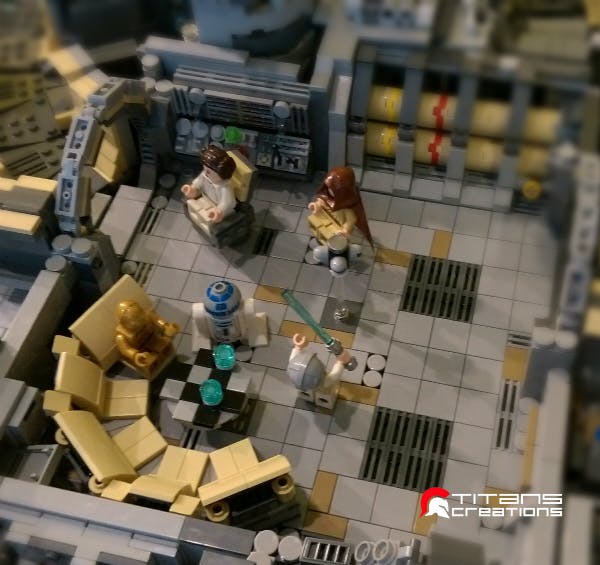 It took Titans Creations two months and more than 10,000 Lego bricks to assemble the ship. That’s 40 percent more bricks than the Ultimate Collector’s Edition version, an official product manufactured by Lego. The Titan Creations Millennium Falcon has LED lights on the engines, as well as LEDs placed strategically in other locations like the the hyperdrive motivator. 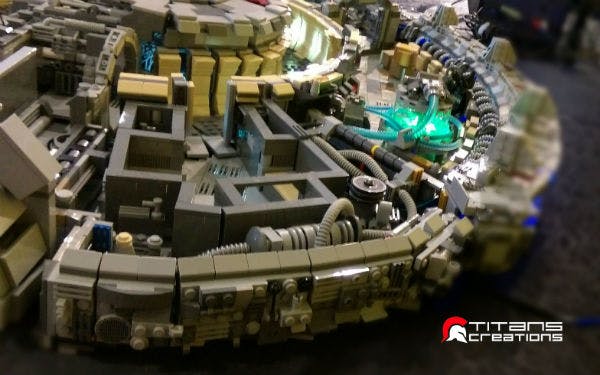 The cockpit seats four minifigures, features a quad laser cannon seat that is accurately perpendicular with the rest of the build, a detailed concussion missile launcher. The center of the ship with its padded walls ties the entire build together nicely. 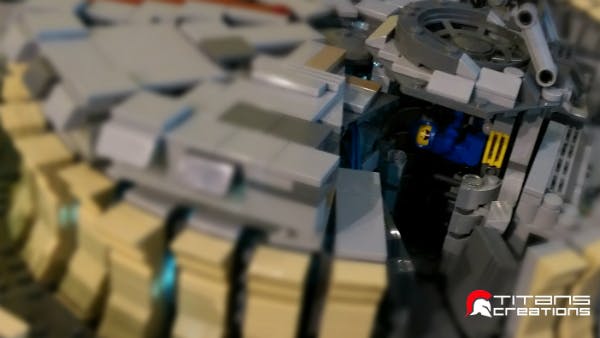 While this build is incredibly detailed, it’s not the biggest Lego Millennium Falcon. Master Lego builders Dan and Chris Steininger built a ship for May the 4th composed of 250,000 Lego bricks. It was an exterior build going for sheer size, not scale to the minifigures.