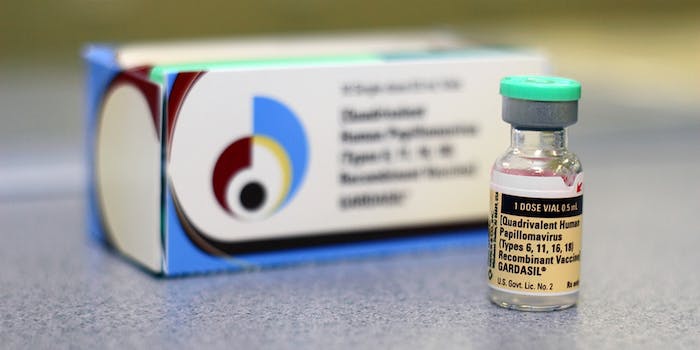 Fears about the HPV vaccine aren’t founded in science

News hit social media today about a young girl in Ireland who fell very ill after her second dose of the human papillomavirus vaccine, Gardasil.

The girl’s mother, Fiona Kirby, is now seeking the High Court of Ireland to withdraw the license for the Gardasil vaccine, according to the Irish Times.

Kirby is also a member of a support group called REGRET (Reaction and Effects of Gardasil Resulting in Extreme Trauma,) which claims over 100 girls in Ireland have become sick due to the vaccine. Another report in the Irish Examiner puts that claim closer to nearly 900 cases.

According to an April 2014 article in the New York Times, at the time of publication more than 170 million vaccines had been distributed worldwide. Between 2006 and 2008, an investigation in the adverse side effects of the vaccine found 12,424 reports of adverse effects in about 23 million doses. Only about 6 percent (0.003 percent overall) of those adverse events were serious reactions in need of medical attention. The full report is available open-access in the Journal of the American Medical Association.

A more recent report available at the Centers for Disease Control website found that about 8 percent of adverse effects were considered serious between 2006 and 2014. The report found that none of the deaths reported in that time were related to the HPV vaccine.

While the rarely occurring serious reaction resulting from a vaccine of any sort is scary and difficult for the families and patients affected, that doesn’t affect the overall safety profile of a vaccine.

According to the FDA’s webpage on vaccine safety, “While vaccines are extremely safe and effective, no medical product is 100 percent safe or effective.”

Safety, when it comes to medical devices, procedures, and drugs is defined as the benefits outweighing the risks on a pretty significant level. But, as this MinuteEarth video suggests, humans aren’t very good at risk assessment. When we hear about adverse effects, especially in a world where we’re not often confronted with the diseases we’re vaccinating against, we tend to overblow the risks of adverse reactions in our minds, the MinuteEarth notes.

Additionally, as MinuteEarth points out, vaccine safety standards are actually higher than those imposed on medications and surgeries for people who are already sick. So, theoretically, the treatment for diseases like measles—or in this case, cervical cancer resulting from HPV infection—are actually more dangerous and risky than the vaccine to prevent them in the first place.

Additionally cervical cancer itself kills many more women than does the HPV vaccine. According to the American Cancer Society, 4,100 women are expected to die of cervical cancer this year in the U.S. alone, yet the Daily Dot was not able to find any confirmed cases of death caused by the HPV vaccine to date.

Photo via Jan Christian/Wikimedia (CC BY 2.0)