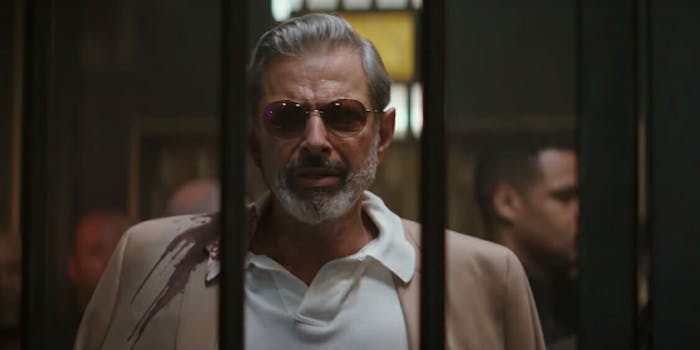 Hotel Artemis looks like an entertaining twist on John Wick‘s hotel for assassins. Boasting a star-studded cast, it’s a sci-fi/action thriller about a secret hospital for hardened criminals. This trailer is the first we’ve heard of the movie, and we’re already in love.

Jodie Foster stars as the hospital’s owner, backed up by Dave Bautista as a nurse, and Sofia Boutella as… some kind of glamorous hospital assassin? Whatever. It’s that kind of movie. Sterling K. Brown plays a thief who takes his brother to the hospital during an emergency, prompting a siege from crime boss Jeff Goldblum. The supporting cast includes Zachary Quinto, Charlie Day and Jenny Slate, and to be honest, these actors are enough to sell the movie on their own.

Written and directed by Iron Man 3 co-writer Drew Pearce, Hotel Artemis looks stylish and very fun. We expect to see plenty of comparisons to John Wick, but aside from the similar premise of the hotel/hospital for criminals, Hotel Artemis is clearly different in tone. It looks more comedic, and with actors like Jeff Goldblum, Charlie Day, and Jenny Slate onboard, you know things are going to get a little weird.

Hotel Artemis comes out on June 8.